This worn wood flag originally appeared on Oopsey Daisy last summer, and as you turn your thoughts to summer this Memorial Day weekend I thought I'd share it again! If you love baseball, or a cute pallet craft- this one's for you!

Our lives are very heavily influenced by baseball- my husband spends weekend afternoons parked in front of Rockies games (although he's an O's fan at heart after growing up in Annapolis), and my brother used to play in the minor league for the Minnesota Twins. My brother is still busy traveling the globe playing for teams in Japan, Germany and Australia- anywhere in need of a very tall (6'7") pitcher. So when summer rolls around, our thoughts are pretty consumed by one thing- baseball! Little man's baseball themed first birthday party is coming up soon, and I wanted some fun Fourth of July decor I could leave up all summer long that would work well with our obsession. I have seen lots of worn wood flags made with baseballs as stars, and I wanted to make my own version!

Here's how I did it:

-A large pallet (we have had this in our yard in a trash corner I am beyond embarrassed to say has been there since the old owners left. This craft was a great excuse to finally get some of the trash out of there!)

-If you don't have an old pallet laying around, you can also just use 7 worn wood boards and string them together, or nail them to two "anchor" boards running behind them (like a pallet has, but they will sit flat instead of making a box shape). 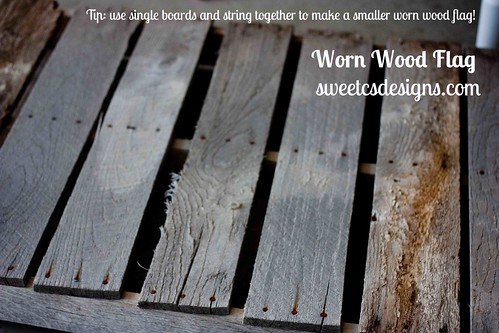 Paint your pallet by "dry brushing" paint on. Don't put too much paint on your brush, and sweep it quickly over the wood. An uneven look will make it look more aged- so you don't need to worry about perfection here. I did the four alternating red and white stripes at the bottom first, and then the top three I only painted half the length of the wood plank so I could then add the blue square. 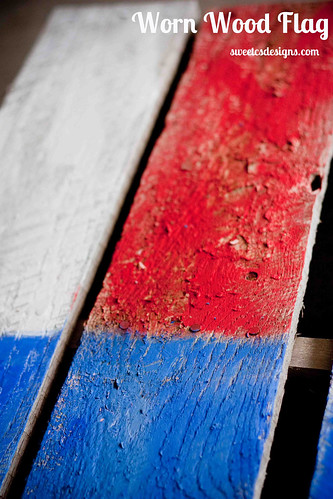 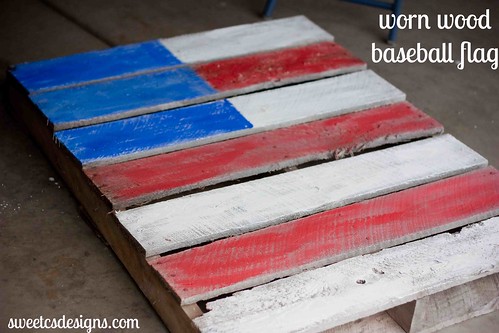 If your paint is too thick in areas, just sand it down a bit so it looks more rough. I was using a VERY well worn piece of wood, and I adore the character it gave this flag! 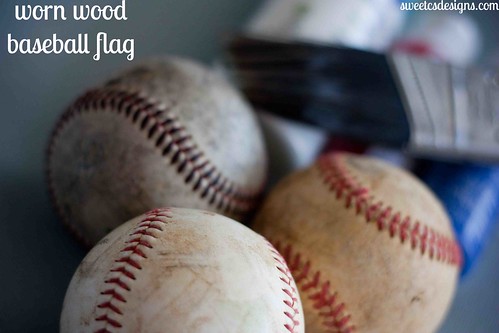 When you are done, gather some old baseballs. 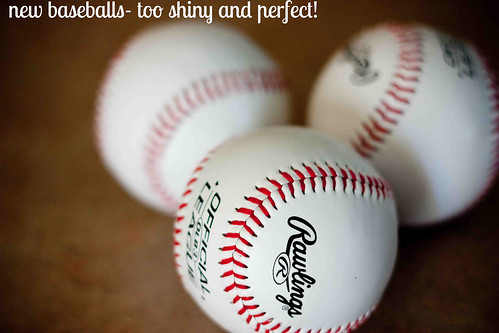 I had a few on hand, but I am actually embarrassed to say we only had three, so I had to go out an buy some new baseballs (many moms will not have this problem!). Don't buy anything fancy- get the cheapest ones you can find. 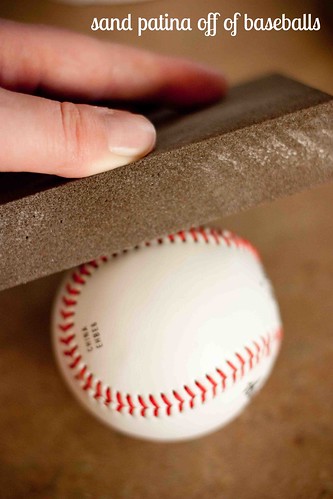 Next, sand the patina off the baseballs. This will make it much easier to "age" them. 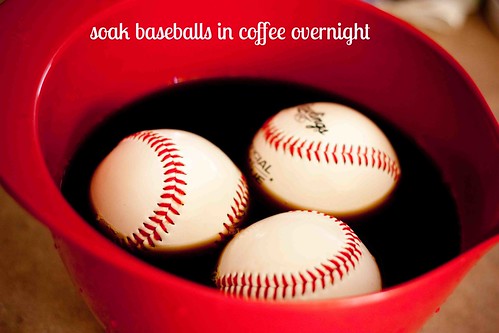 Then, give the baseballs a nice little coffee (or tea) bath overnight. I set a bowl on top of this so the balls would stay fully submerged. This will give them a yellowish hue instead of being electric white. 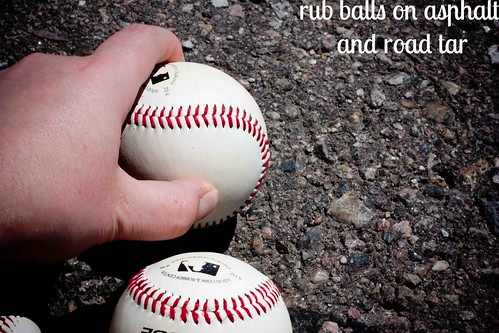 Next, rub the baseballs all over some asphalt (the best is to rub it along the side of the road, where extra tar and sealant is) but don't rub too hard- you will tear through the thin leather. 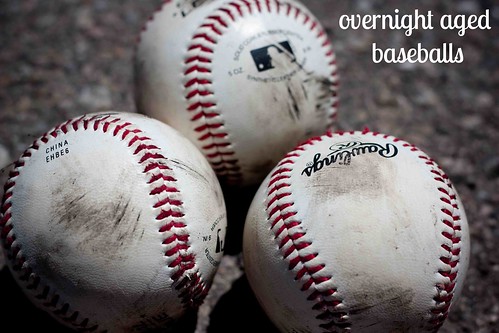 Roll them in a little dirt or clay, and they are aged!

Next, hot glue the baseballs onto the wood. I only have six, but you could add any amount. My husband really wanted to cut these in half with his circular saw, but we never seemed to find time- but that would have given a really cool look. Arrange the "stars" however you like, and set it out to display!