Stay at the Four Seasons. 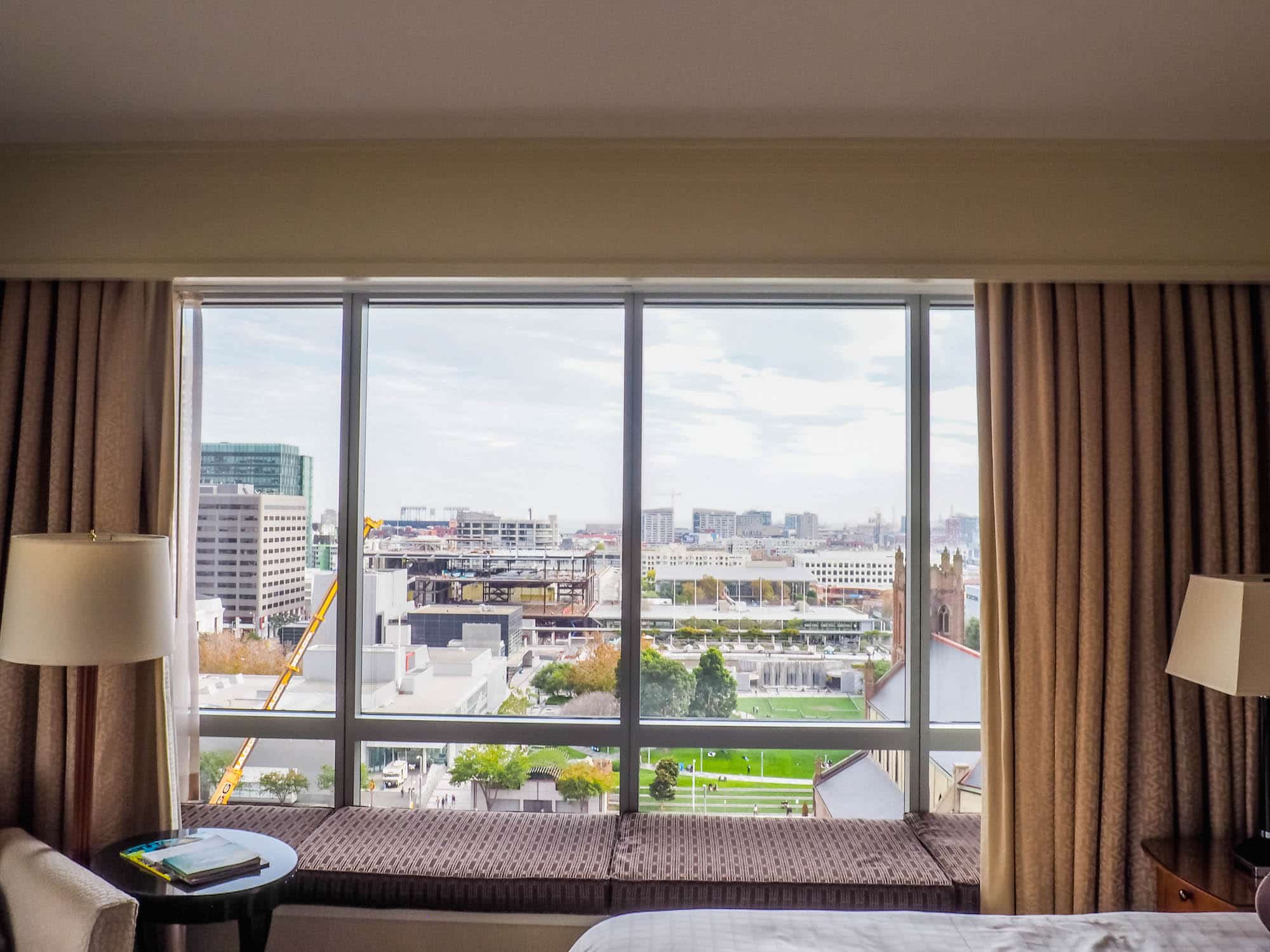 The Four Seasons' location in Union Square near the Yerba Buena Gardens makes it an easy starting place to numerous locations you'll want to visit in the city. 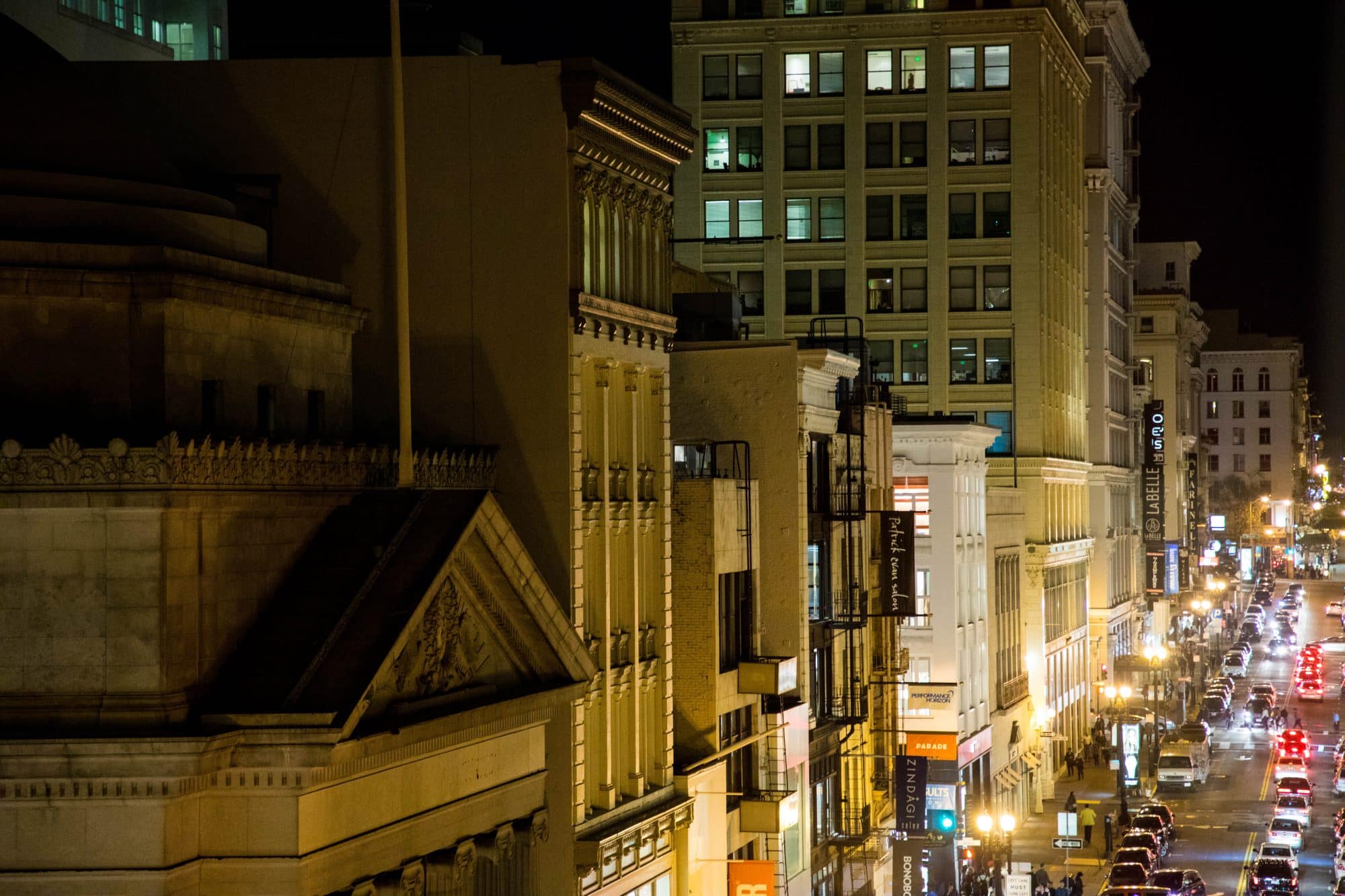 It's not in a neighborhood that is particularly known for culinary prowess (there are well-known national chains everywhere here- for something super unique you'll want to take a short walk or Uber to another neighborhood to try something a bit trendier), but it is fairly central to attractions across the city, and no point you'll want to visit is more than a 10 minute ride away. 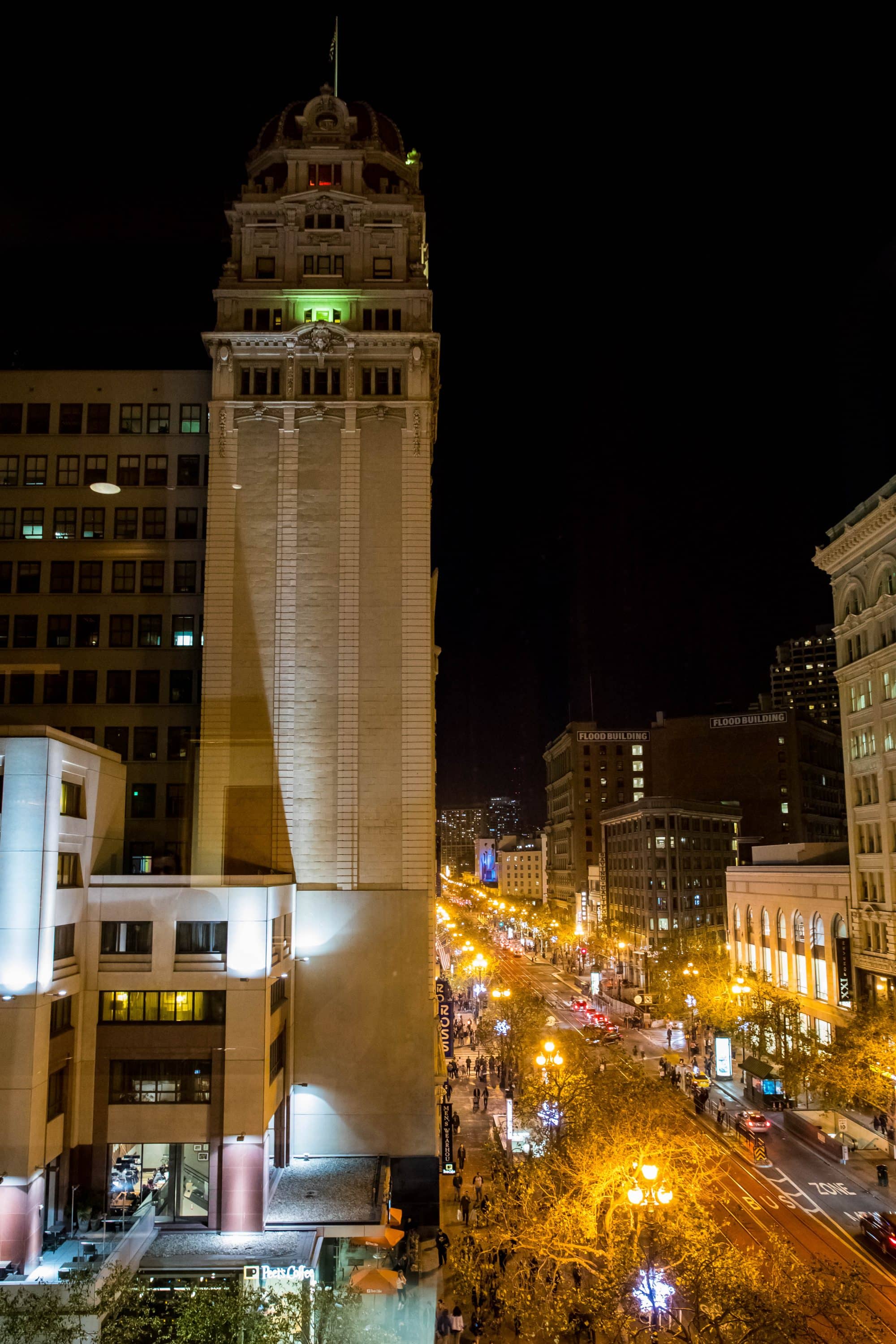 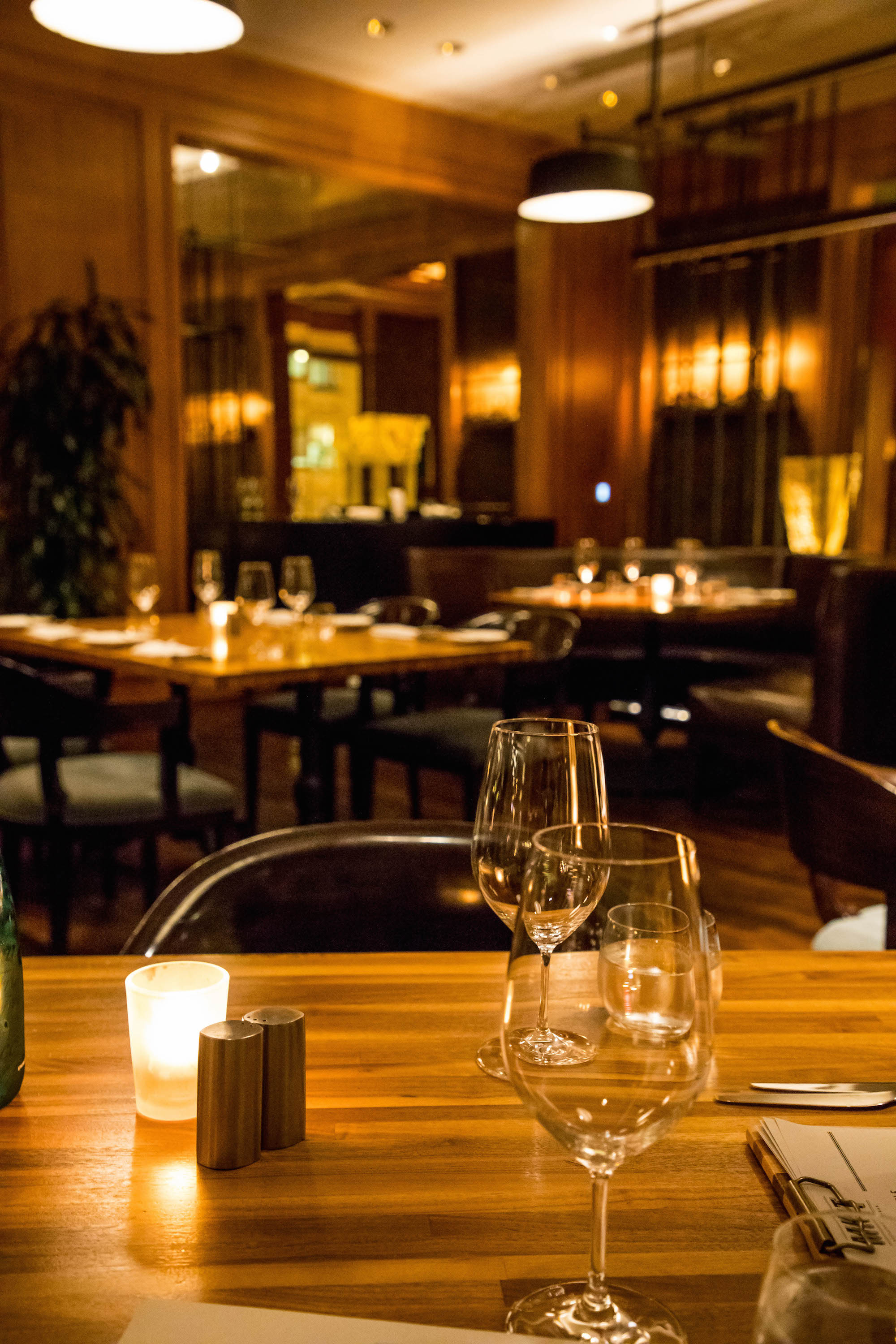 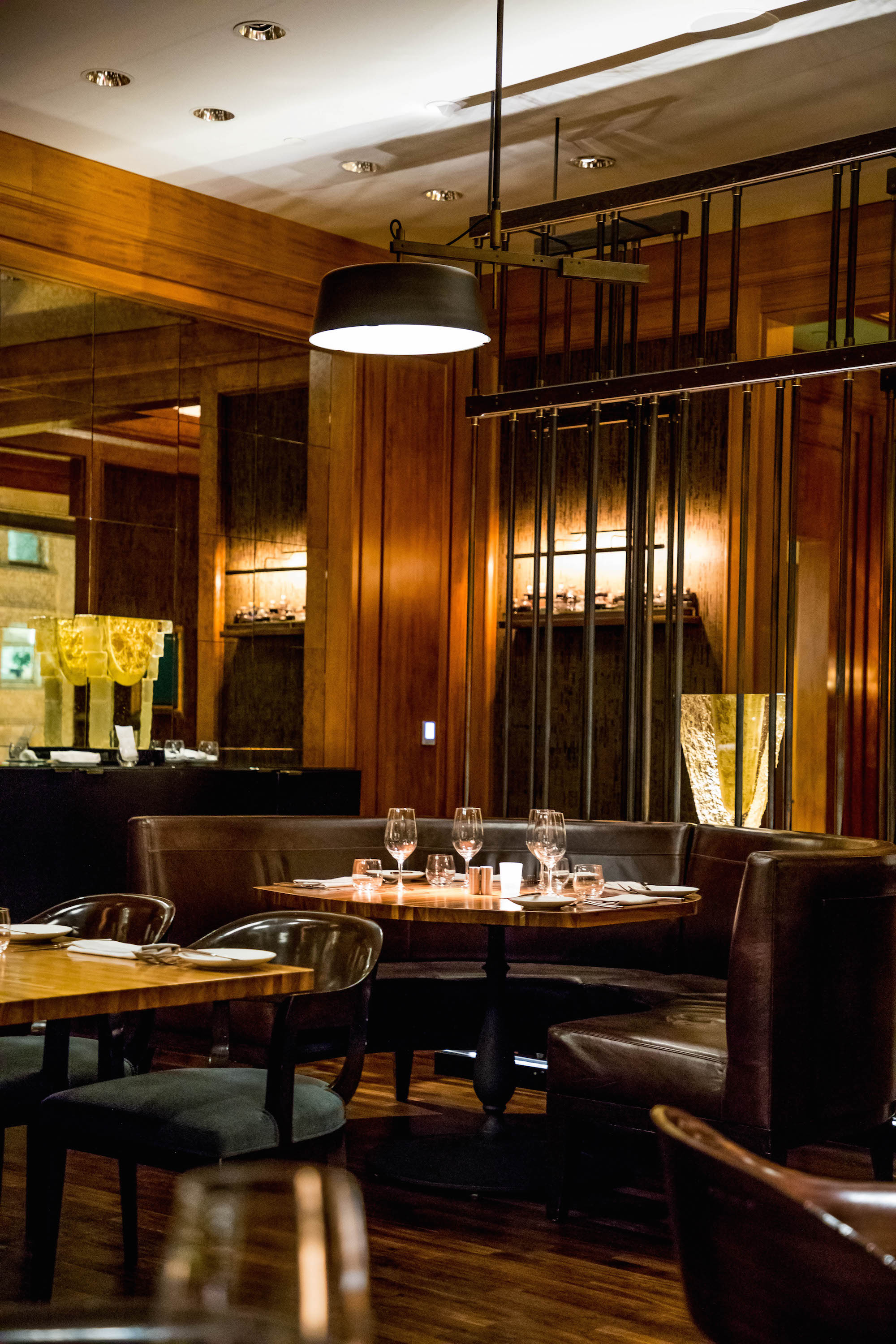 We loved all of the dishes we tried: 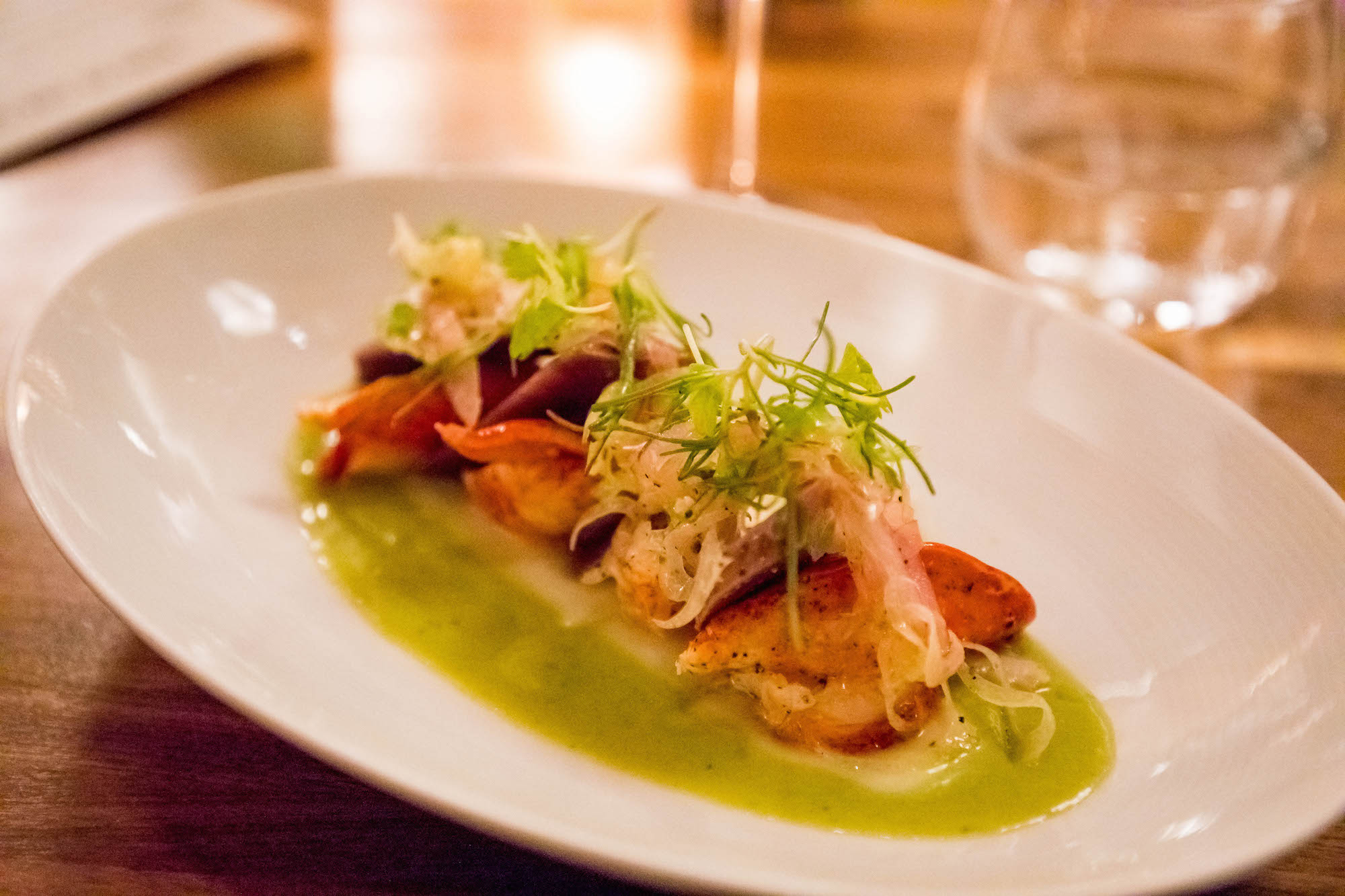 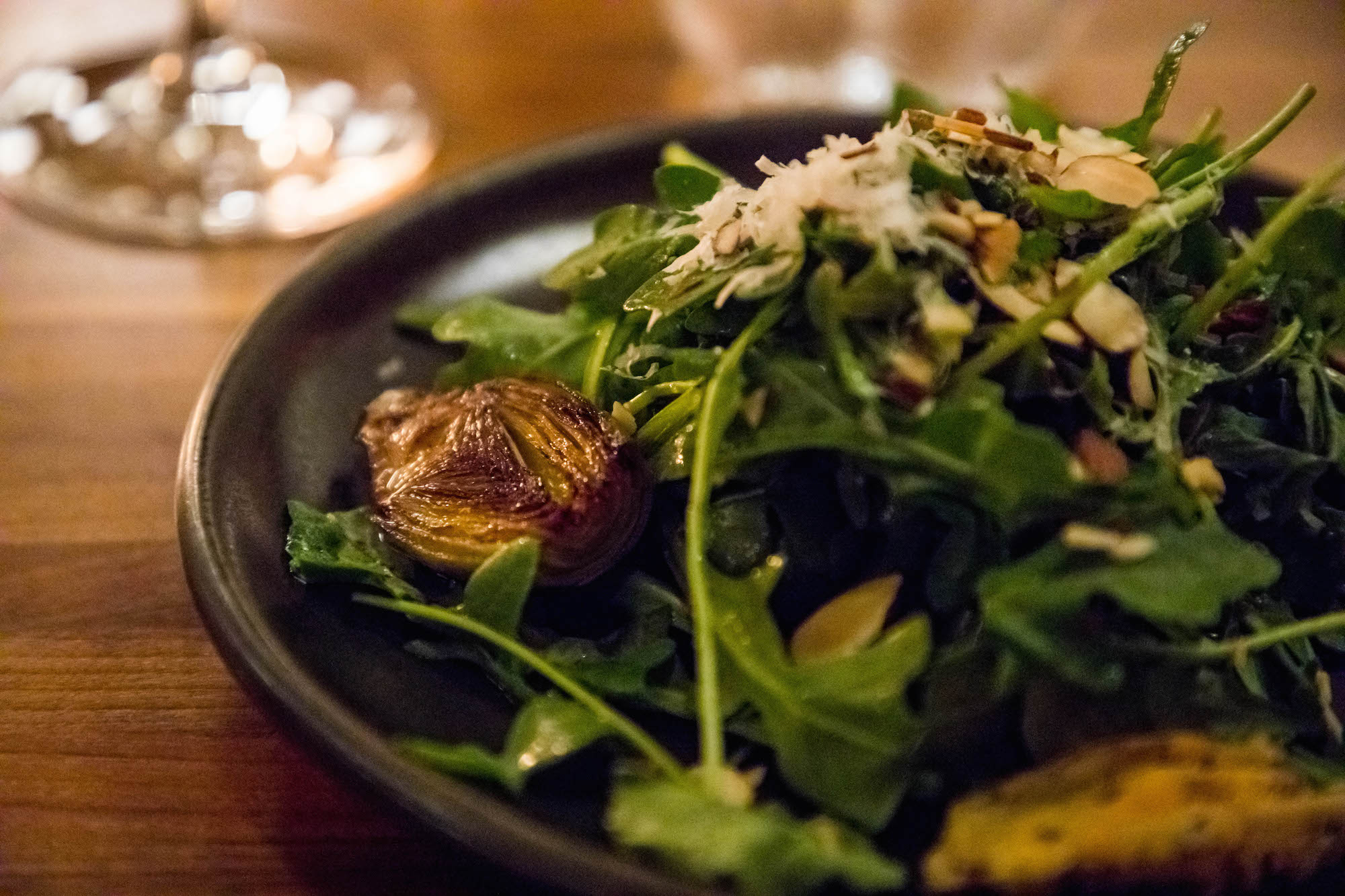 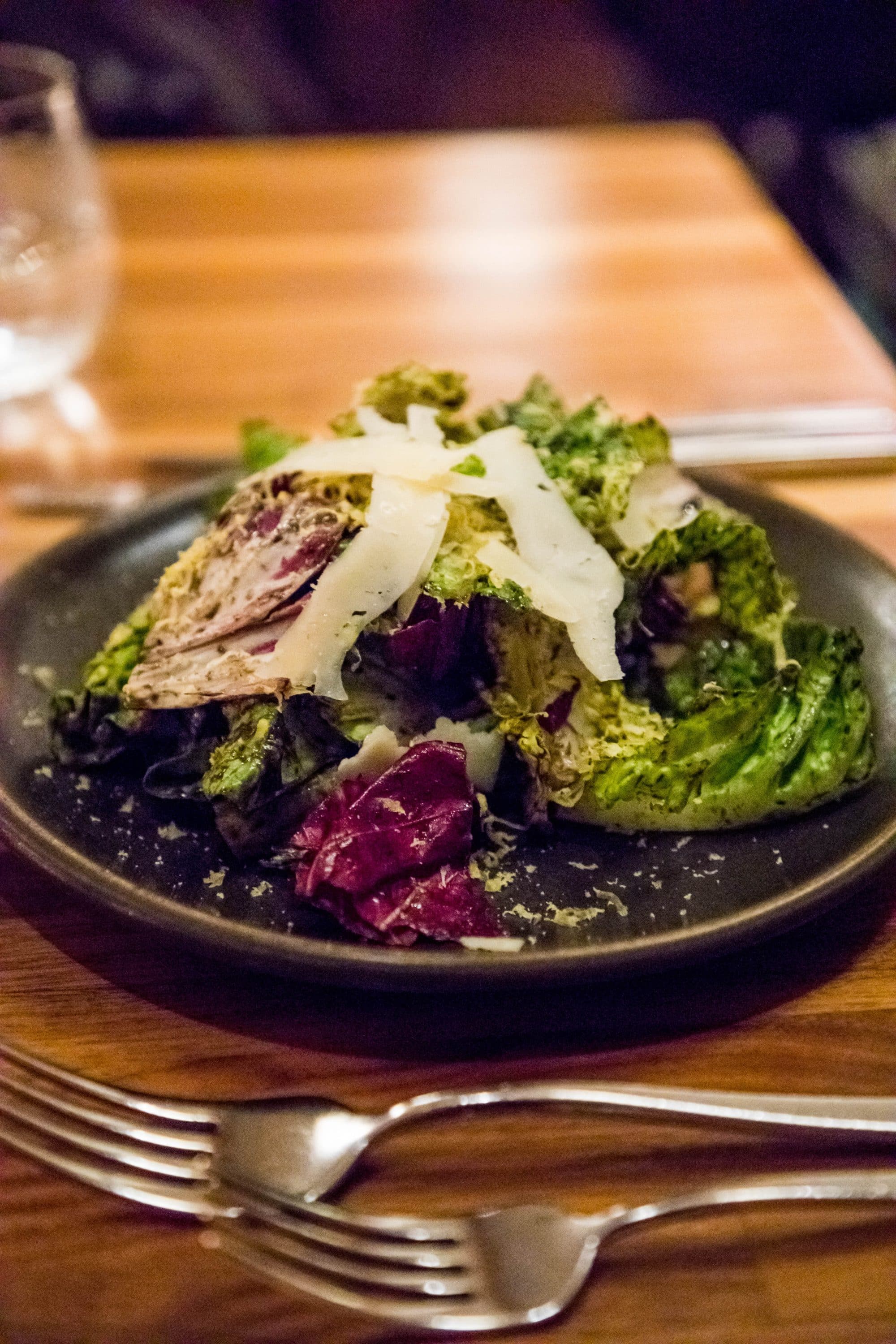 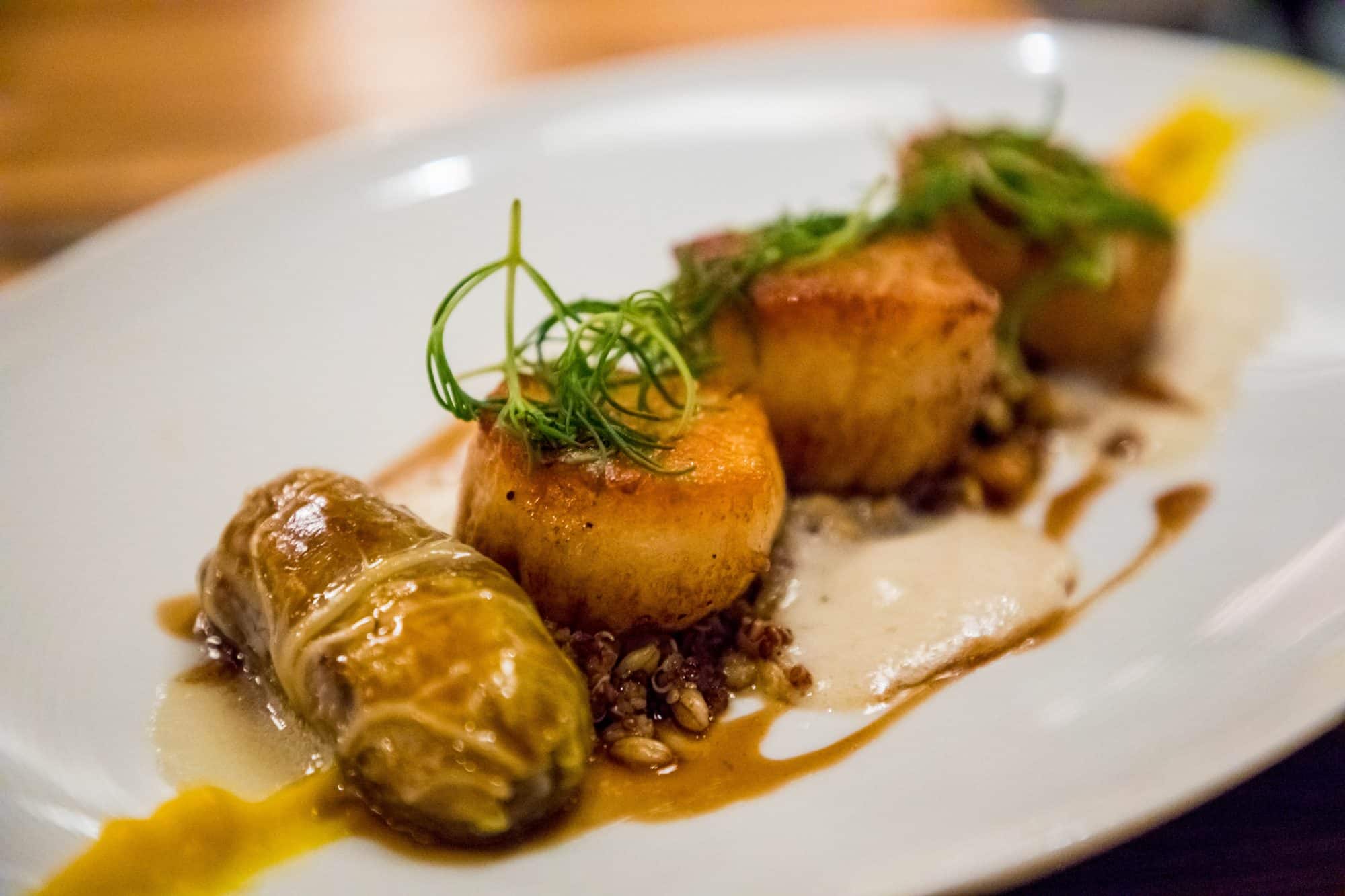 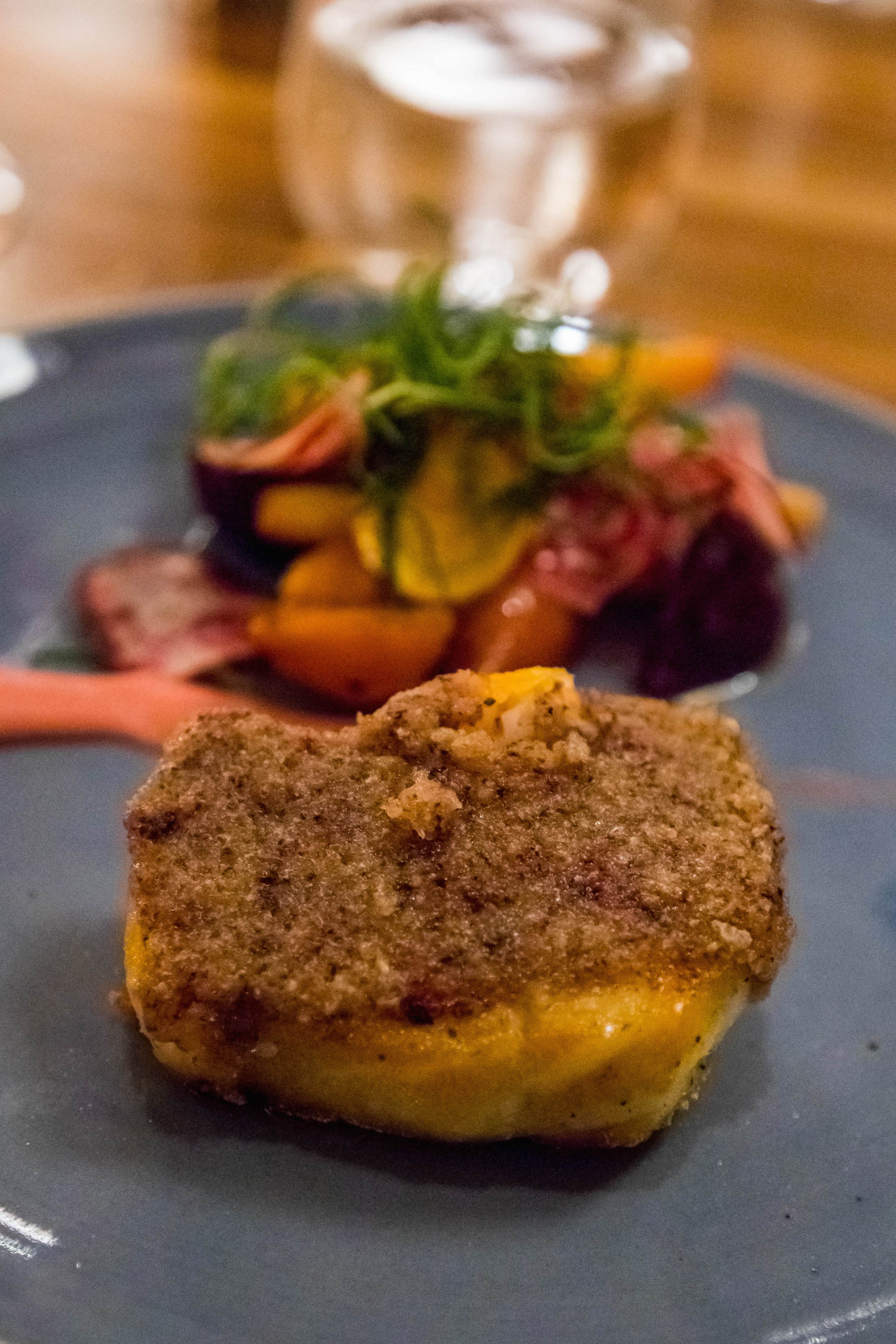 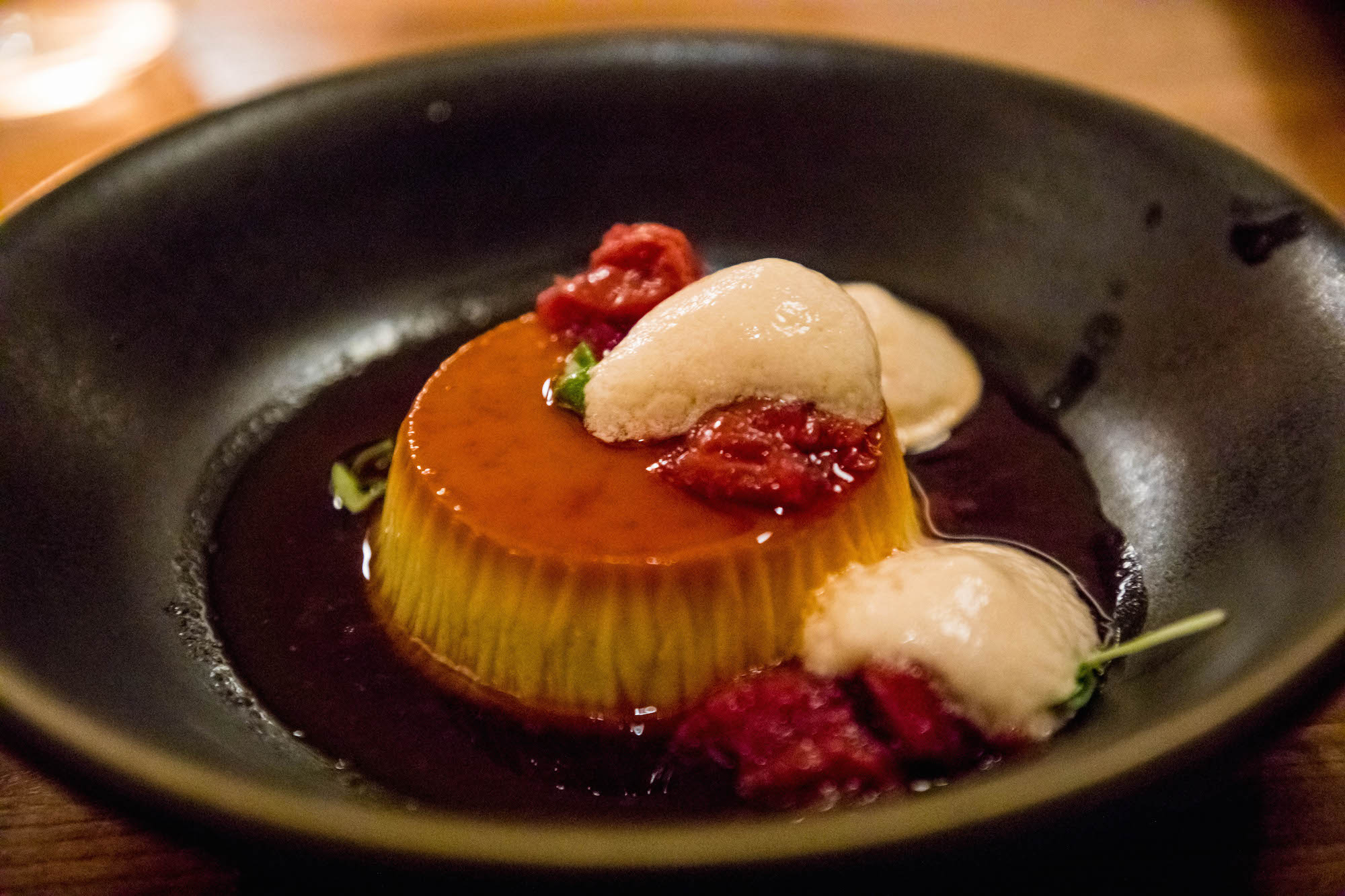 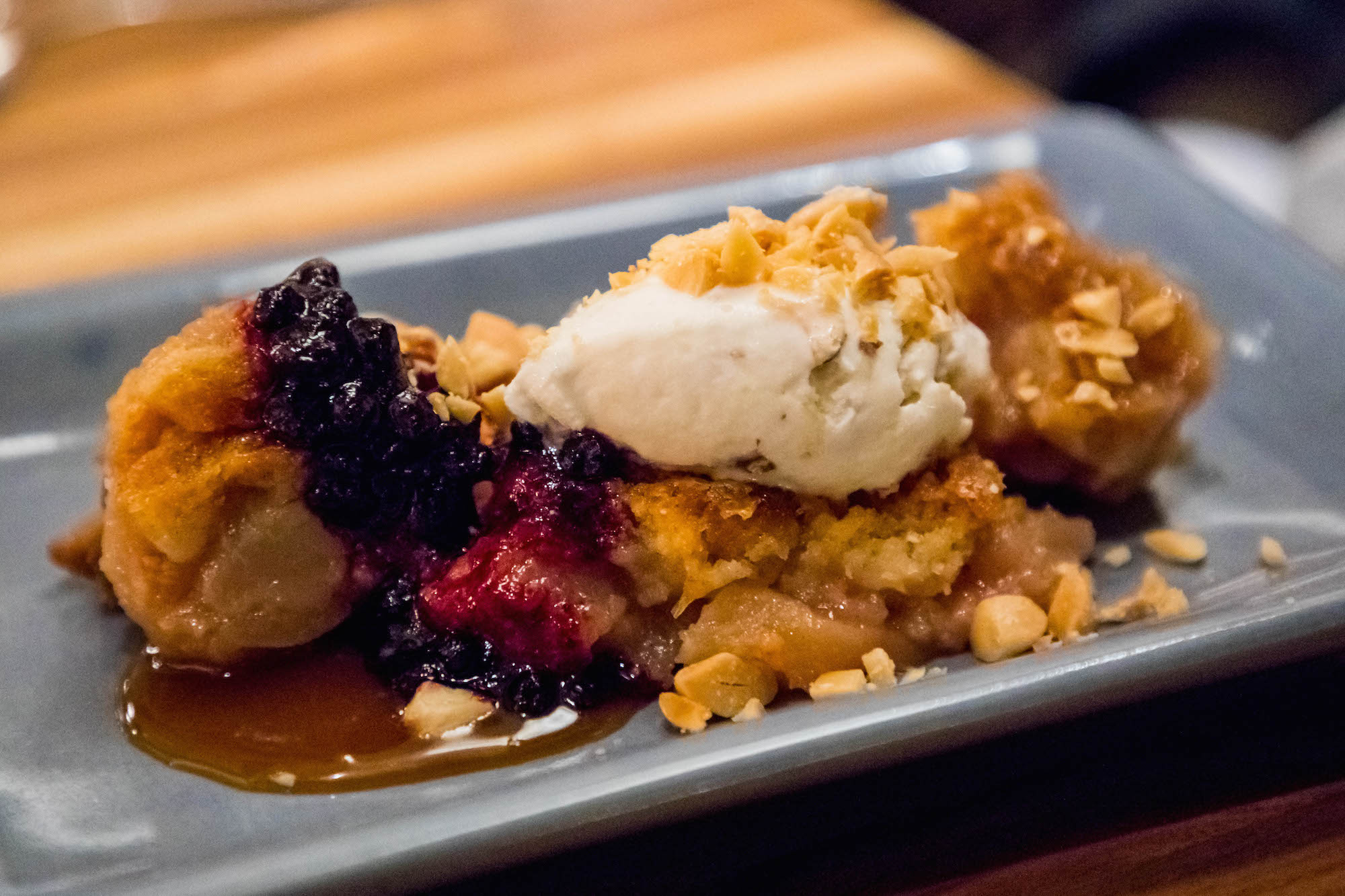 Explore the Palace of Fine Arts. 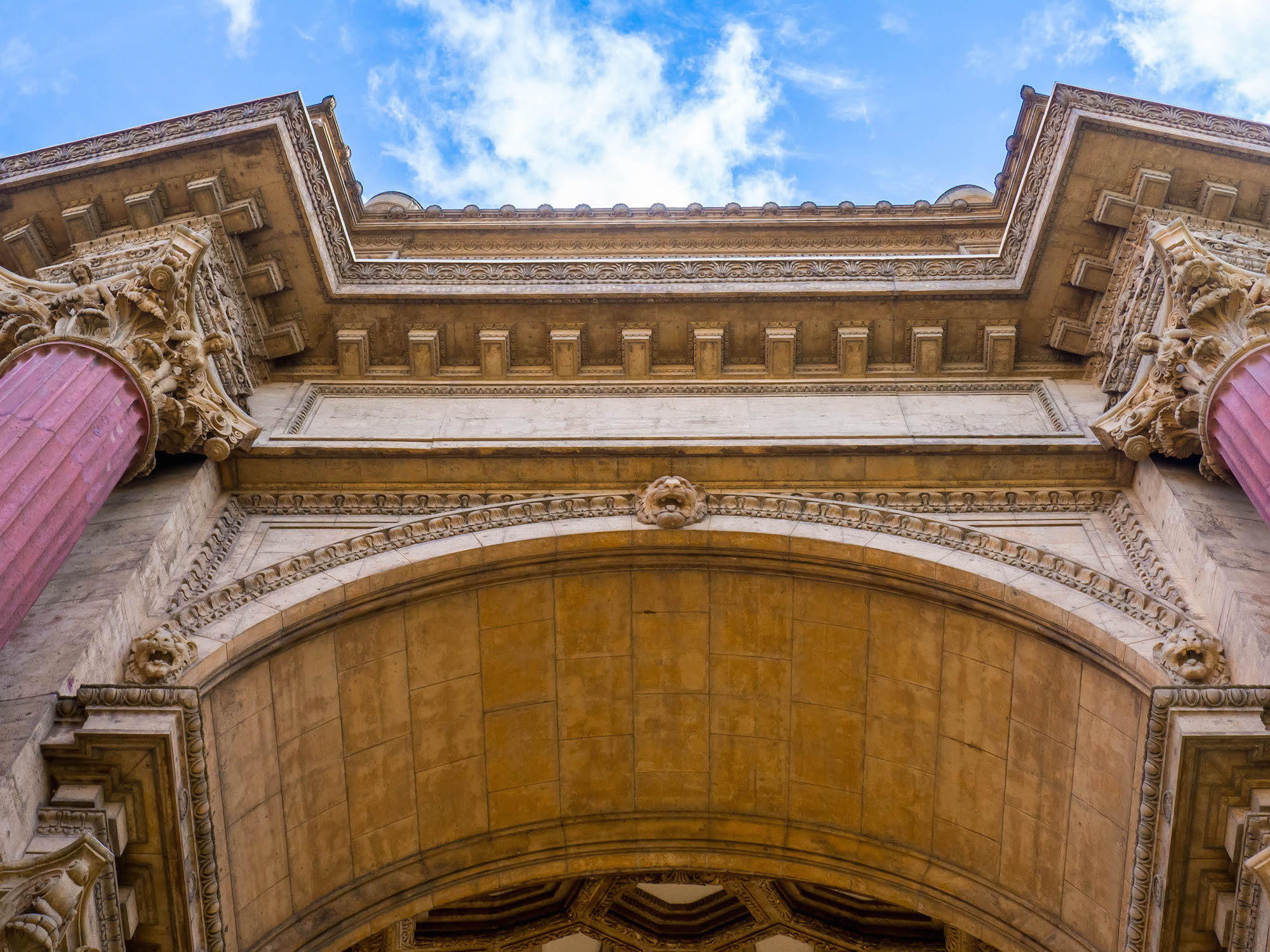 The Palace of Fine Arts was built in 1915 for the Pan-Pacific Exposition to display fine art - and re-built in 1965. It is a grand, statuesque park that winds around a small lagoon, and is incredibly picturesque (there are often weddings there.) 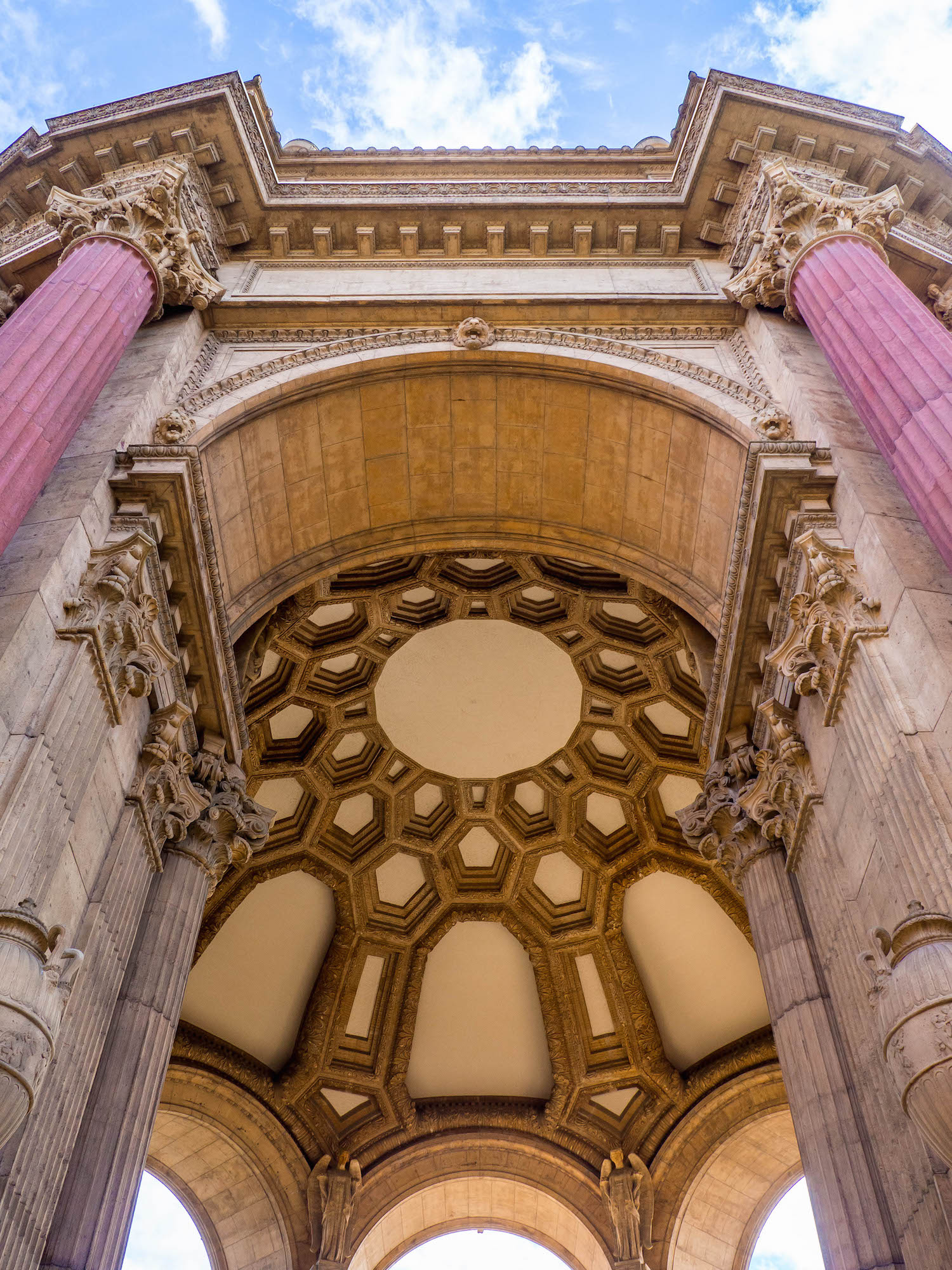 It's a perfect spot to take photos, people watch, or just quietly explore - and totally free. You can walk there, or have an Uber drop you off right at the entrance. 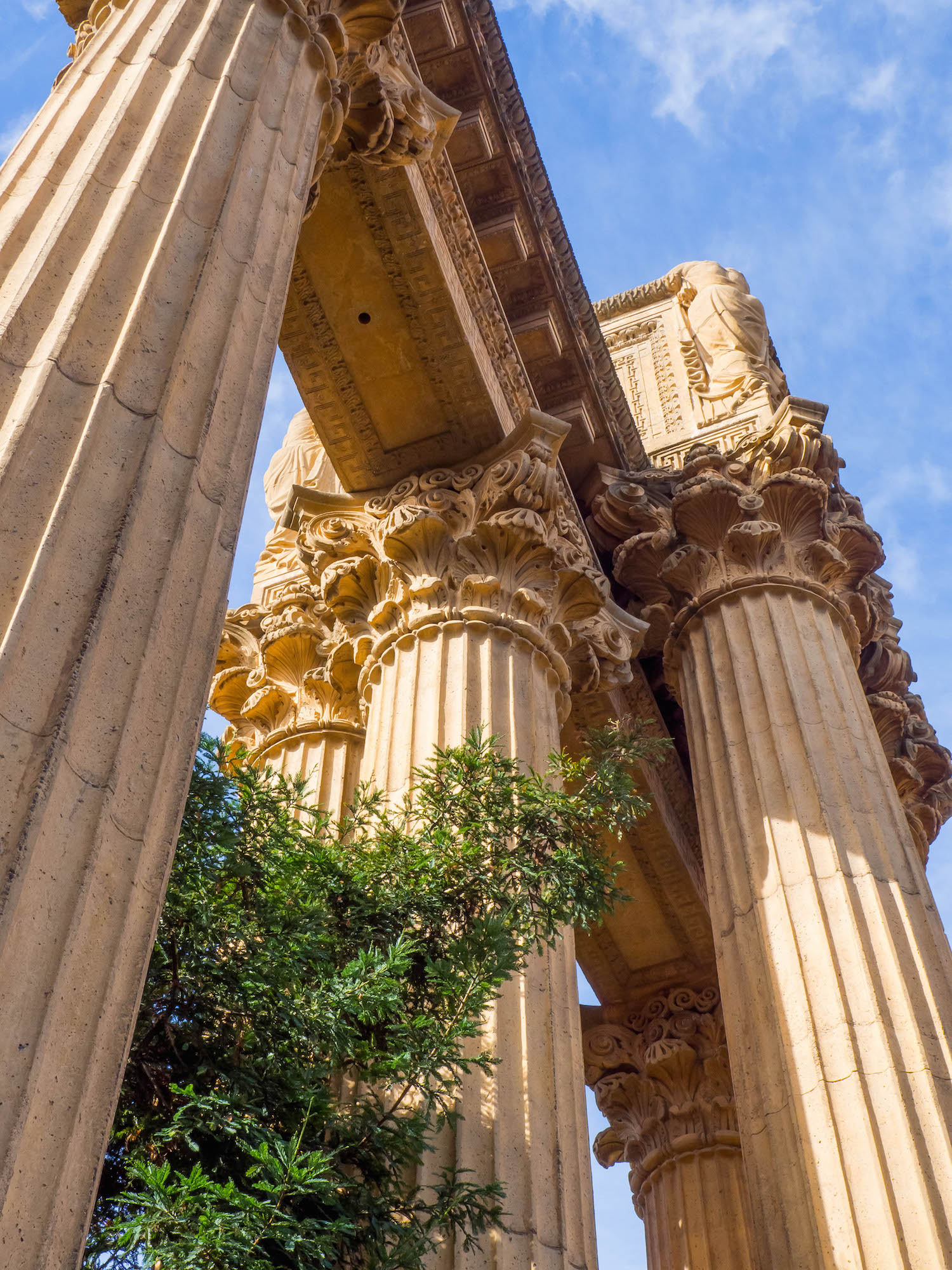 Then walk towards the ocean through the park for a nice long afternoon !

Wander through the Presidio and see the Golden Gate Bridge. 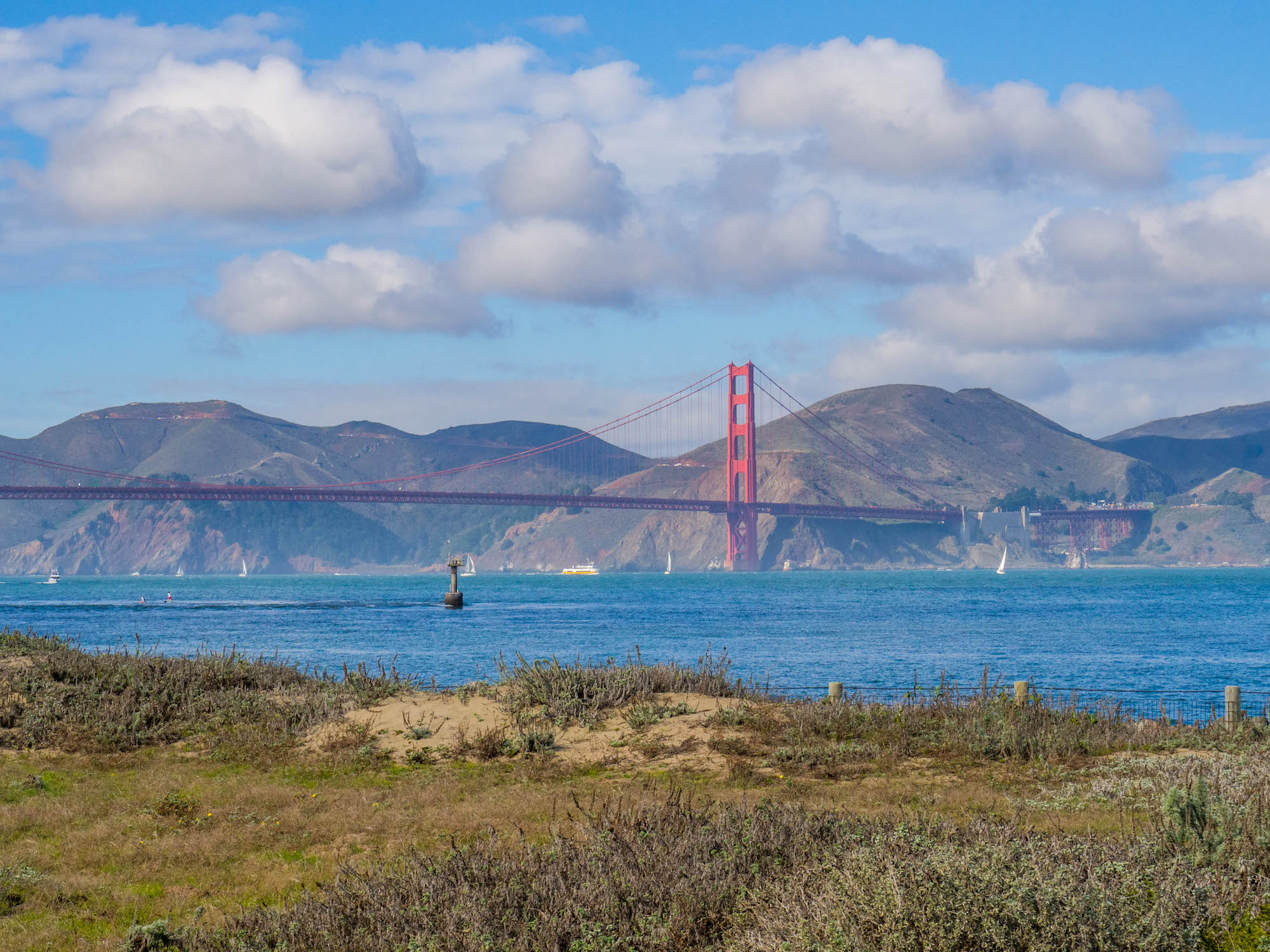 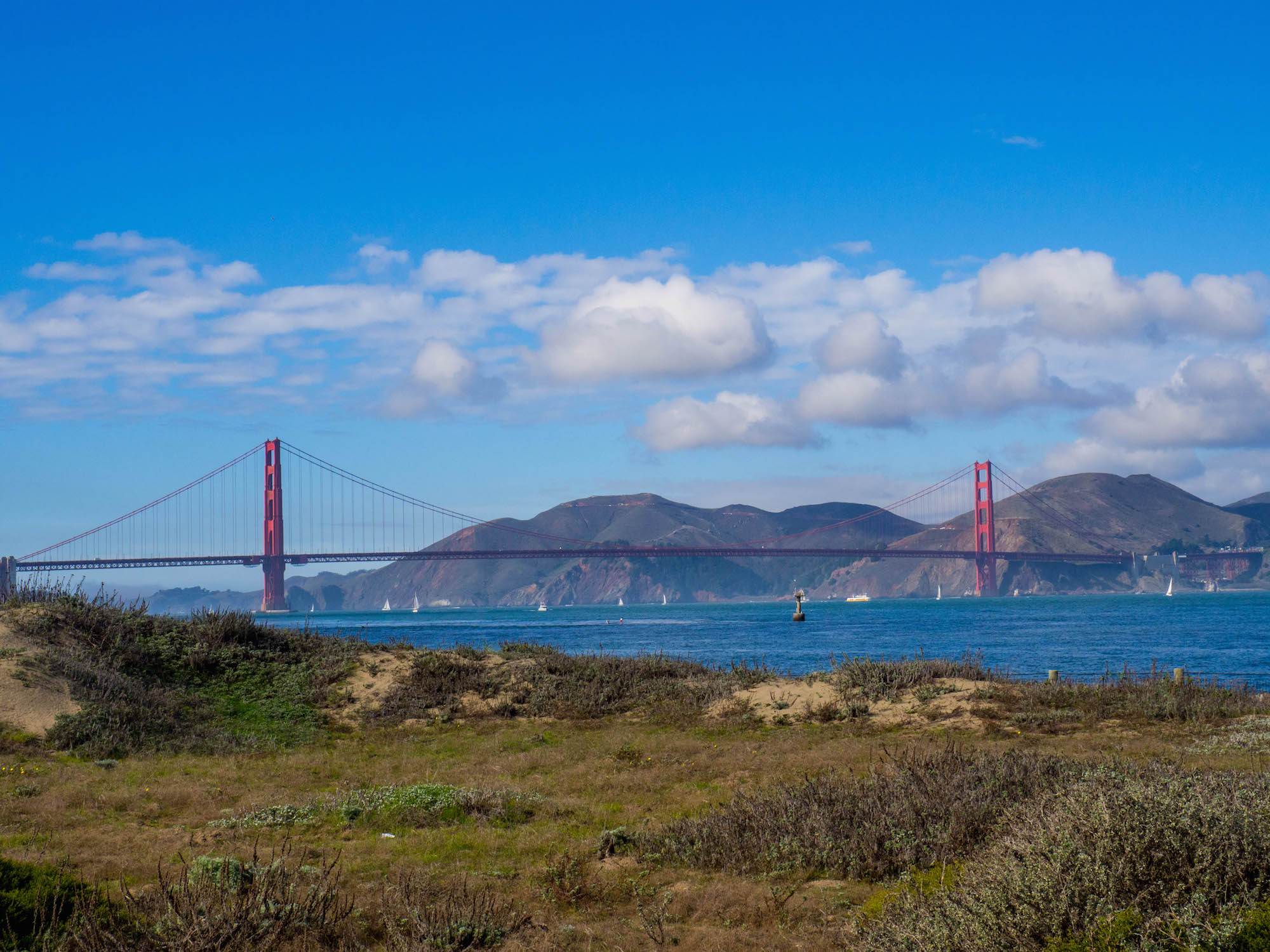 La Taqueria - crowned by 538 to have the best burrito in the nation - but we're a bit torn on this one.

They have the best fillings (the meat and cheese is amazing in their burrito) - but the carnitas flavor is a bit more subdued.

Other picks: The agua fresca is heavenly, and great to quench a thirst on a hot day. Don't shy from lengua (tongue) and cabeza (head) tacos - they are spectacular here!

Taqueria de Cancun - my pick for the best burrito. Get it smothered . The carnitas will make you think you've taken a wrong turn and ended up in heaven - they are intensely crave-able.

If you're getting a burrito, order up one Mojado-style - smothered in red and green chile sauce with cheese and sour cream - just like the Mexican flag!

You can't carry this one, but it is crazy delicious. And since Cancun's line is a bit shorter, you can easily grab a spot at one of the picnic benches inside to tuck in with a cold cerveza!

The Lengua tacos at Cancun are also incredible - don't miss them! 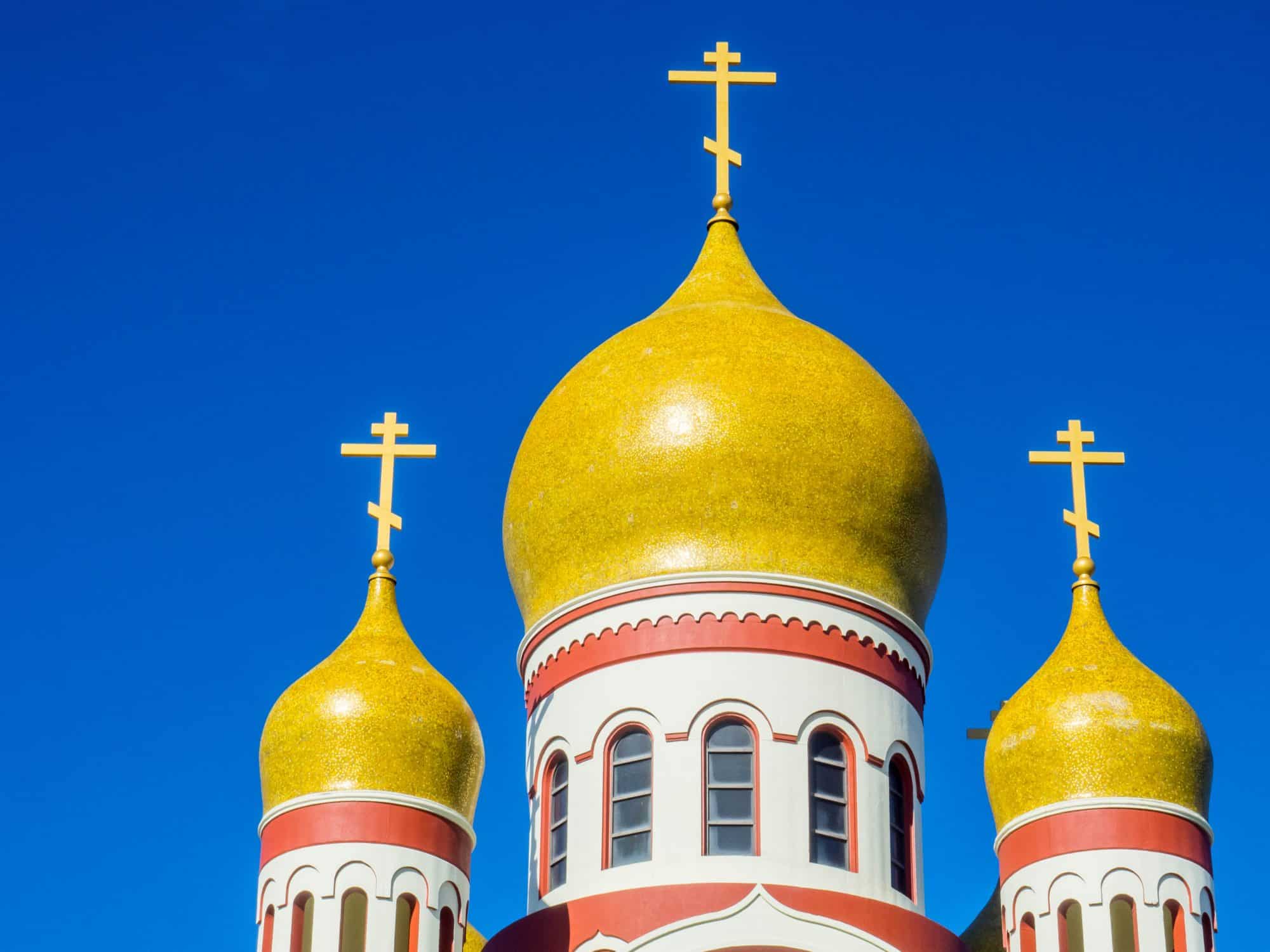 If you're looking to explore one of San Fransisco's many ethnic neighborhoods, but want something a little different than the insanely crowded ChinaTown, head to Little Russia (on Geary) for tons of delicious Russian and Georgian treats.

Holy Virgin Cathedral - this stunning Orthodox Cathedral is covered in vibrant icons and is a must-see if you're interested in the Eastern Orthodox Church. 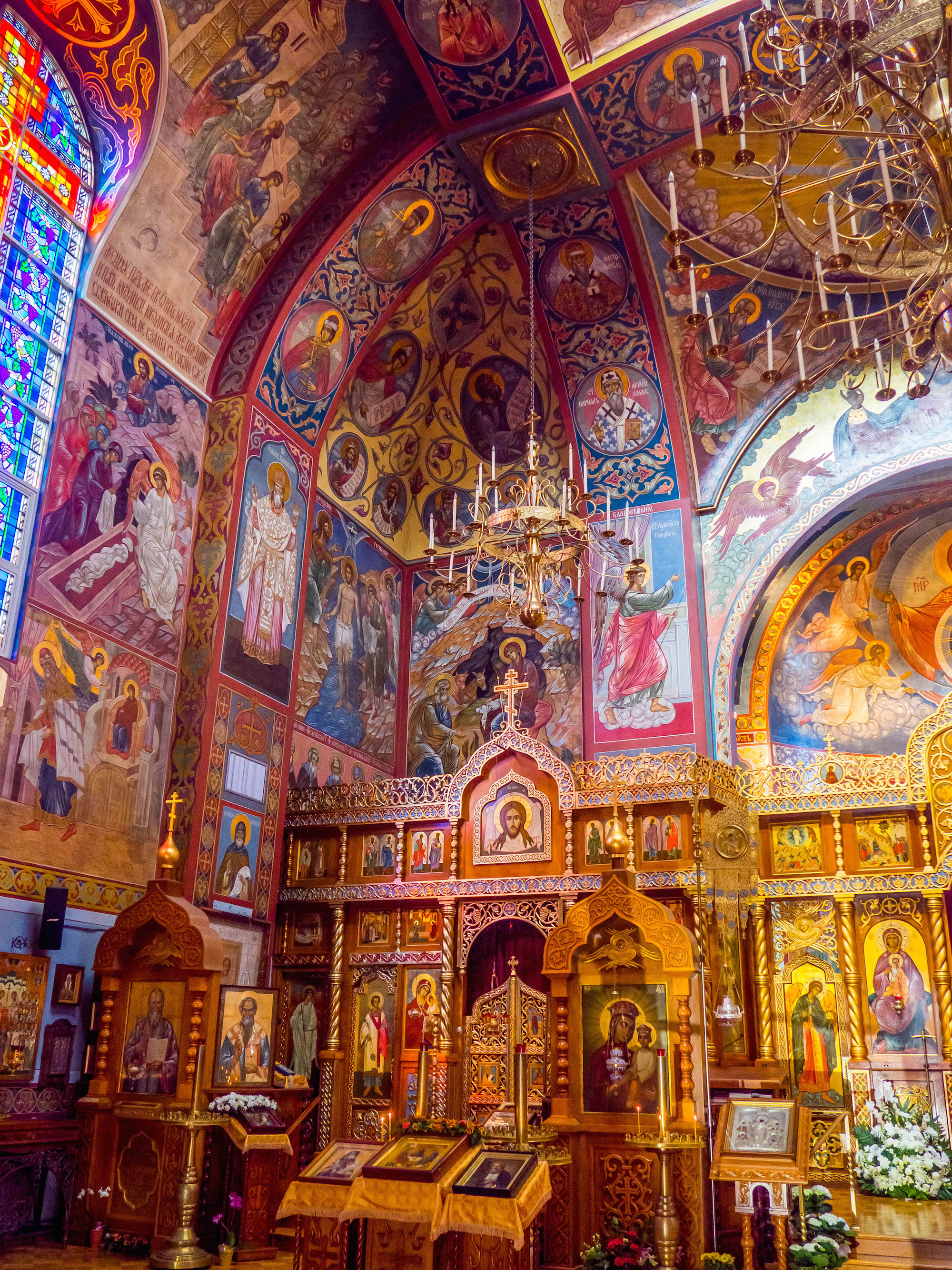 Tips for visiting: They do ask you to not take photos when services are being held, but welcome photos of icons at other times.

There is a bookstore adjacent to the building offering a large amount of icons, holy books, Russian texts, as well as prayer ropes and pins.

Please note - many Orthodox churches ask women to cover their heads inside churches. This wasn't enforced on our visit (I'm Orthodox and expected this - I simply tossed the scarf I was wearing for chilly weather over my head), but it is a great sign of respect to cover your head especially if there is a service. Don't be offended if you're asked to cover your head while exploring the church.

Get Baked at Mr. Holmes.

This Tenderloin hotspot packs a massive crowd on the weekend - be prepared to stand in a VERY long line for the famed cruffin (croissant muffin, with piped fresh cream in the middle).

Hop in the other line for other baked goods including bear claws, doughnuts, savory bread puddings, and croissants. We didn't get to try the cruffin - but the rest of the pastries were delicious.

My husband and I were least enthusiastic about the savory bread pudding when ordering - which ended up being our absolute favorite once we tasted it. It is rich and meaty, with delicious cheese and herb notes that make for an amazing breakfast.

I also really loved the churro croissant and doughnuts!

The trek from Yerba Buena through the Tenderloin was most certainly worth it for a box of pure heaven from @mrholmesbakehouse - we picked up the savory bread pudding (literal heaven on earth), the churro croissant (lightly sugared with a fresh, luxurious cream), the strawberry jalapeño bear claw (so unique!!!), an onion and bacon danish, and some doughnuts- just wish we got a Cruffin #nexttime . When you're in San Fransisco, you have to go get baked at @mrholmesbakehouse ! #food #foodie #foodgram #foodporn #foodietravel #sanfrancisco #travel #travelblogger #eattheworld #california #doughnut #igotbakedinsanfrancisco #foodandwine #feedfeed #besttrip #traveleats

Eat through the Ferry Building. 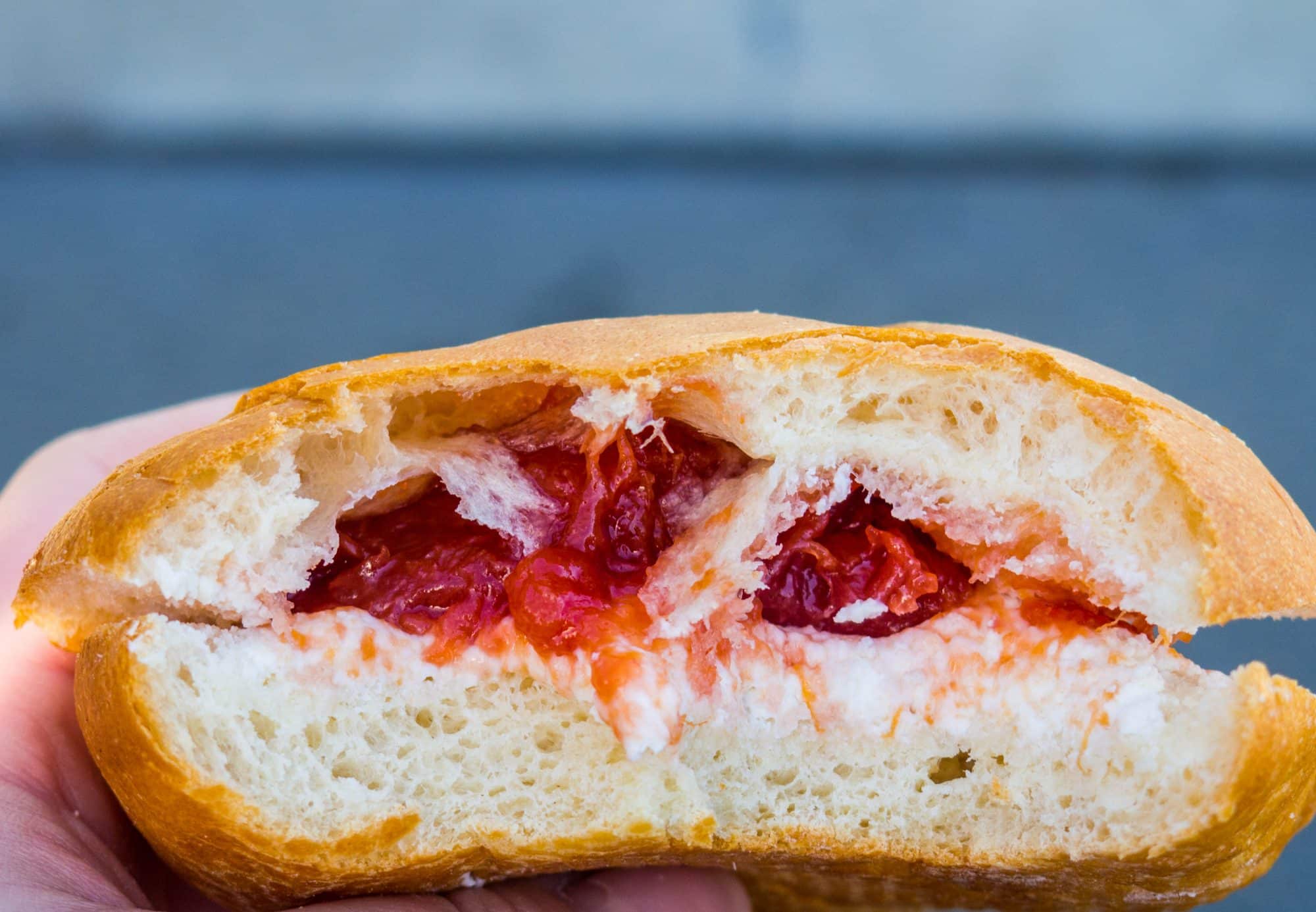 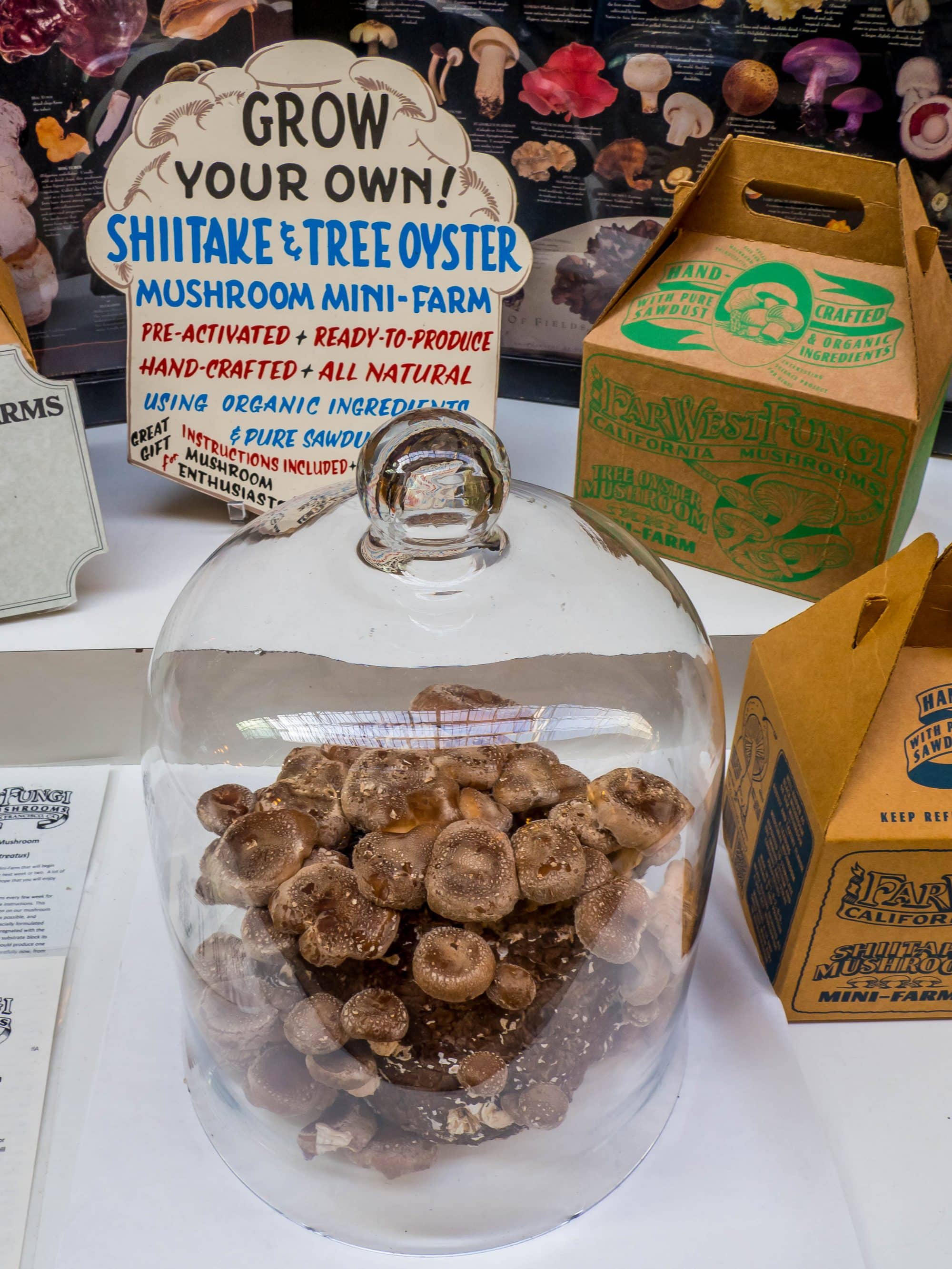 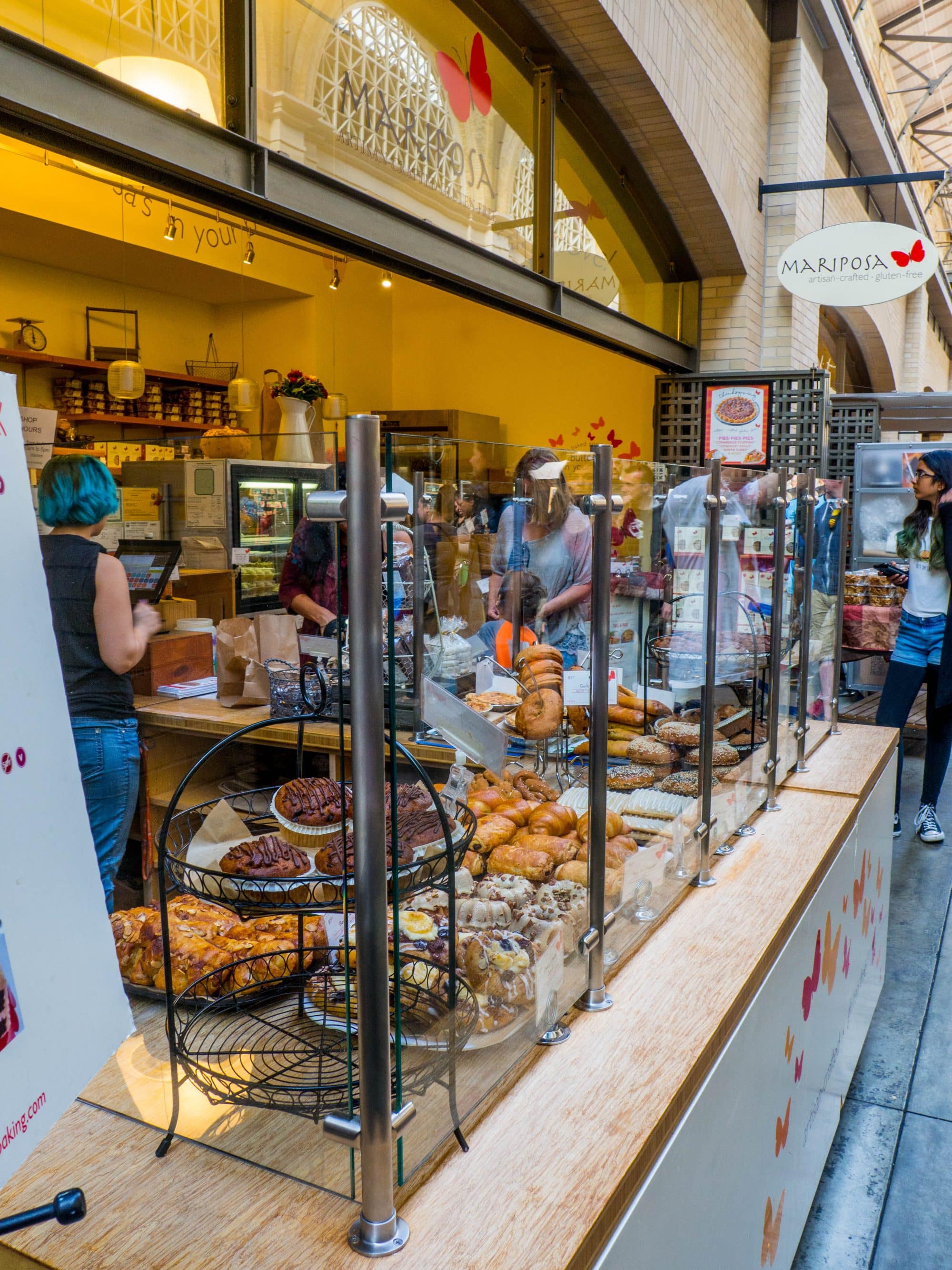 Novella is in short walking distance from the Four Seasons and other Union Square hotels, as well as ATT Park - making it an easy spot to slide into a cozy chair or booth and sip some deliciously themed cocktails.

Don't miss out on their punches - you can even do a punch tasting flight!

Be sure to book a table on weekends if you're stopping by after 6pm, as it does fill up fast.

Samovar is situated perfectly over the waterfall, where you can watch tourists milling about, people taking photos, or stop in between visiting the San Fransisco Modern Art Museum.

One of our first stops in San Fransisco yesterday was to @samovartea for some moorish tea and kebabs, and some delicious pumpkin dumplings. Sit outside for a lovely breeze with a view over the Yerba Buena Gardens for some lovely people watching! #sanfrancisco #sfeats #foodietravel #foodandwine #foodwinewomen #foodie #instayum #tea #samovar #anniversary #travel #bestvacations #travelblogger #wanderlust #seetheworld #california #visitcalifornia #bayarea #foodporn #yum #delish #eattheworld