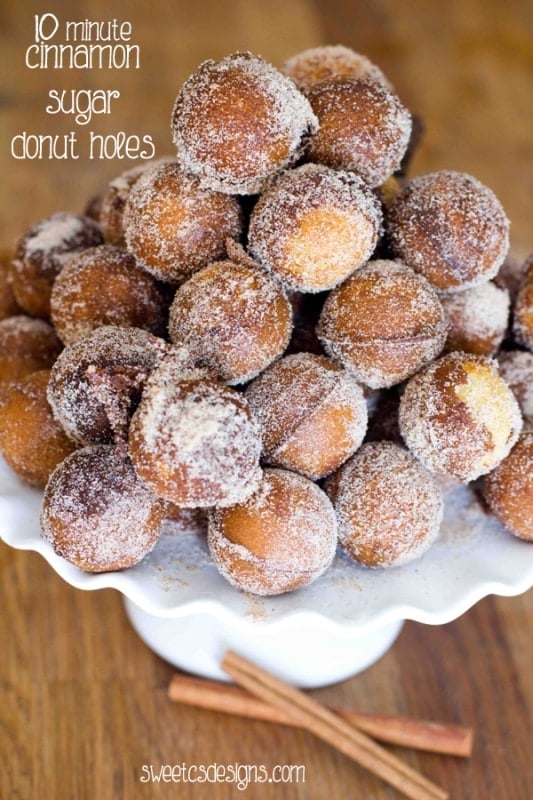 Have you ever had those delicious donut hole treats at a stadium or event center? The warm, crunchy, delicious and sweet, cinnamon tossed pillows of perfection? Well if you haven't... you either don't go to games often, or you have the willpower of a God. Because those things are my downfall anytime I see (or smell!!!!) them. These 10 Minute Baked Cinnamon Sugar Doughnut Holes are just as good... and are so easy, my willpower is getting a workout!

Here's the thing. You're probably gonna go all "hold up, these aren't really baked". And you're kind of right. They aren't baked in an oven. I'm a big ole false advertiser.

BUT- before you go all pitchfork wielding crazed mob on me, the recipe will work in a doughnut hole/cakepop pan in the oven. Why do I use a machine then?

1) I really like perfect little doughnut holes with minimal effort. I don't know if you know this or not, but cake pop machines have tiny little magical fairies inside them. When you close the lid, they sprinkle all sorts of magic dust on your batter and turn it into perfectly formed, crispy on the outside, moist and soft on the inside little balls of amazing. It's science. Look it up.

2) I am kind of anti-oven, whenever I can be. First off, it heats up the whole darn kitchen and I get hot easily. Also, there was this time my oven exploded and kind of put me off of using it nonstop like I used to. Yes, I said EXPLODED. You've never seen an oven explode before? Well friends, things like that happen to me all the time. In case you think most bloggers live some pretty, perfect life right out of Martha Stewart's pages, you should know that I'm more likely to be profiled in the Onion.

When I was pregnant and on bedrest with my son, my mom and I were baking something. I don't remember what, but it's not really important given what was about to happen. Anyways, we are sitting around, waiting for whatever we were cooking, and all of a sudden this huge, enormous BANG! goes off with a bright flash of a fireball. In my oven.

We get all panicked and freaked out- afterall, it seemed like the baked chicken version of an atomic bomb had just exploded two feet from where we were sitting. I'm pretty sure at one point she wanted me to go outside because she was afraid it was dangerous for me as a pregnant woman, to which I pointed out that the oven was pretty good at containing such explosions like a mini bomb absorber (yea, I know, my scientific prowess isn't probably something we should hold up as exceptional). So I open the oven and out gushes tons of thick, black smoke that smells like an electrical fire mixed with the horrific odor corn mills in Iowa emit in the fall. After letting it sit and giving the smoke time to settle (and re-installing the smoke detectors that were having a heyday), we opened it up to see a large piece of the oven's coil missing. It literally blew itself up and was now missing half the coil. Whatever we were cooking now smelled like a tire fire, so it went in the trash.

And now I like to buy fancy equipment that outsources the actual need to turn on my new oven- lest it explode- whenever I can. The day I figure out how to bake cookies in a cake pop machine or waffle/panini press I will be set, y'all. (PS- my old oven came with my short sale house, and looked like the previous owner had swapped it out of one of her rental properties and may have actually been older than me- so it probably had it coming, and my oven is probably totally safe from random explosions).

Since none of that actually has to do with cinnamony-delicious little morsels sent directly from heaven, I'll leave you with the recipe already.

They taste JUST like those amazing mini doughnuts you can get at carnivals and hockey games - only better because you made them and you can totally sneak way more than the 4 or 5 little doughnut holes they give you for $6. I'm not bitter or anything.. 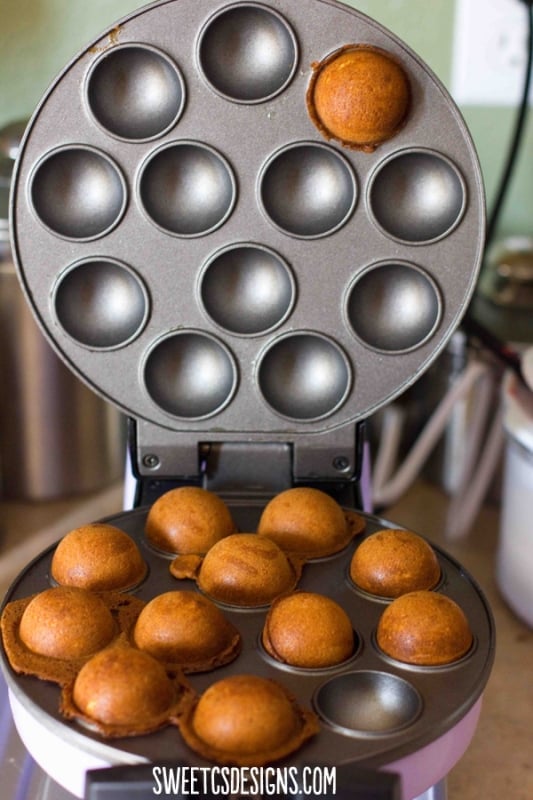 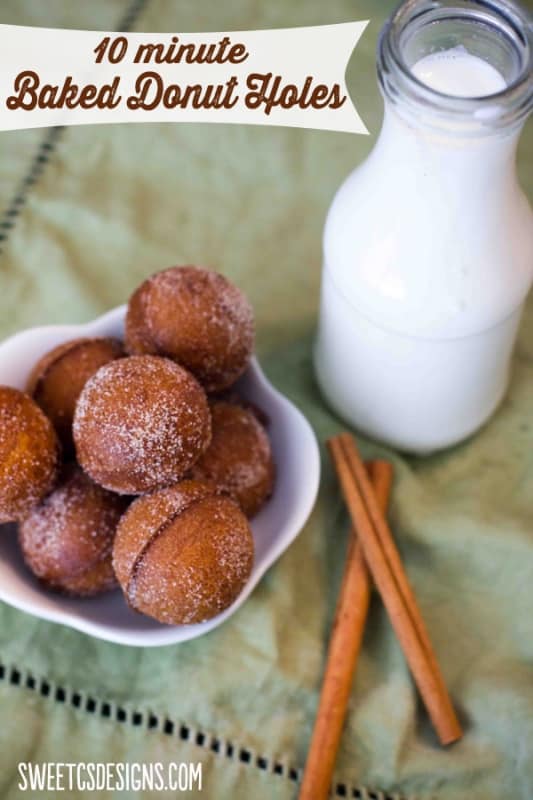