Juicy, moist, Slow Cooker Turkey in Gravy is the easiest way to make never-dry turkey that is totally foolproof!

Every year it would be the same.

Over and over again... despite my mom being a really good cook, EVERY year our turkey ended up covered in gravy and cranberry sauce because every year it was always dry.

In truth, my mom cooked the turkey perfectly - but she'd always second guess herself and cook it just an hour longer, fearing an undercooked bird (which is almost certainly solely because my father, who is amazing in many ways, is a massive pain in the butt and doesn't eat like a normal human - he's known to pick at meats with a more discerning palate than even the most stubborn toddler) resulting in a tough, dry bird.

Ever since my brother and I moved out, my mom has thrown in the towel, and opted instead to pick up their holiday bird from a store that will smoke, slice, and honey-bake it for them - or just head out to a fancy restaurant.

There's no reason to resort to that though - not with this amazingly delicious, never dry, and crazy easy Slow Cooker Turkey in Gravy. 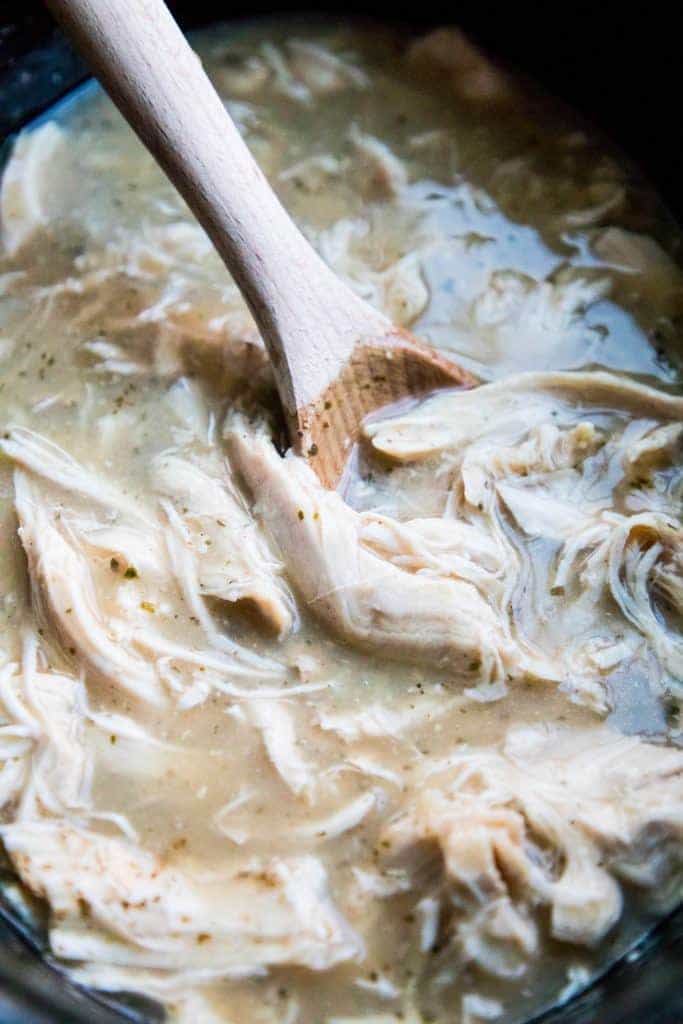 I can not claim credit for this marvel - I unabashedly got the idea from my kids' preschool teacher (who is possibly one of my favorite people on earth) who brings shredded turkey in a big crockpot full of gravy every year for the Preschool Thanksgiving. I've looked forward to her turkey year after year, and just might sneak in again next year even though my kids have outgrown her class. 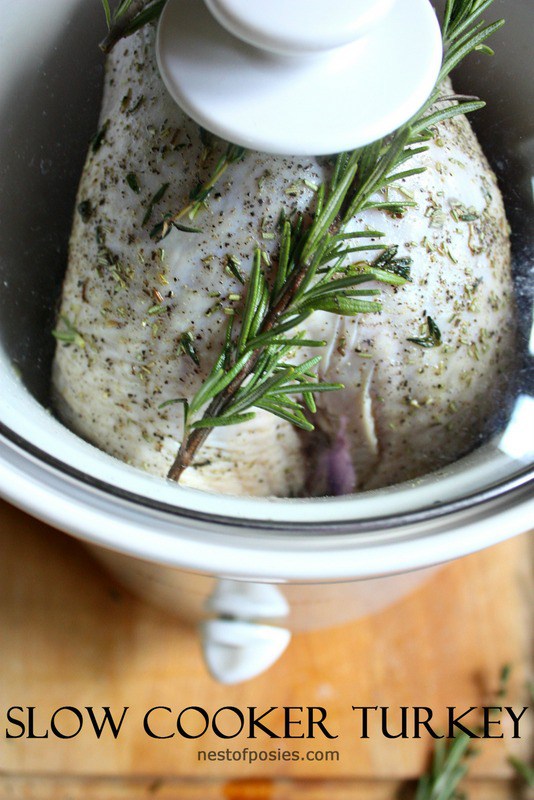 I'm also using my sweet friend Kellie's Slow Cooker Turkey Breast as an inspiration for this bird - you TOTALLY need to see her version, too.

Can't you just smell those amazing herbs through the screen? 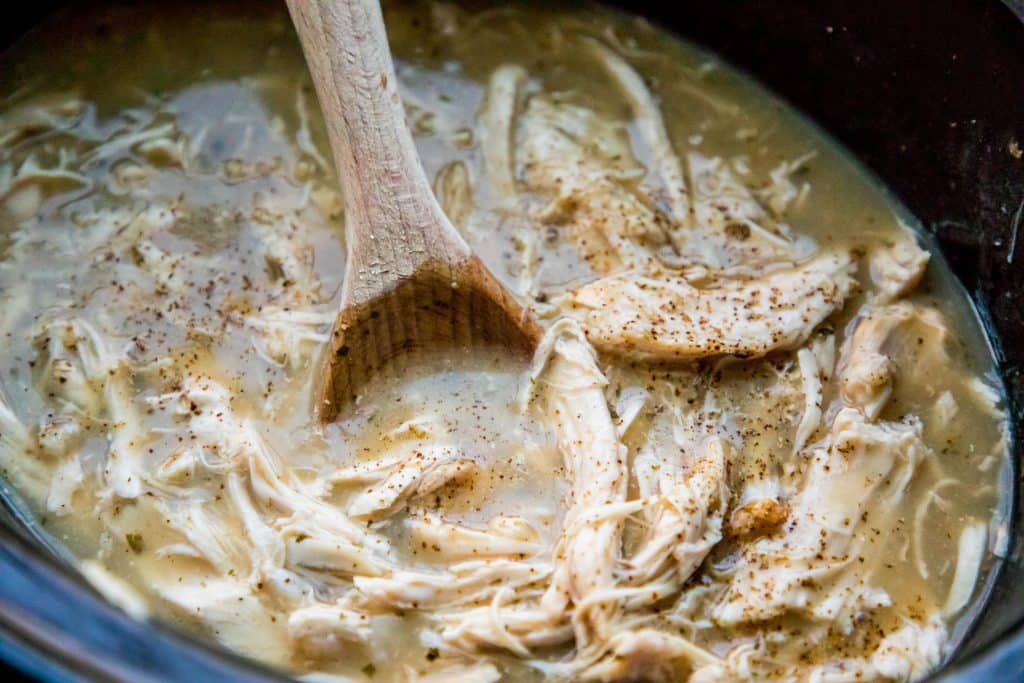 My slow cooker turkey in gravy is a touch different since it's all in one package- making it perfect to serve over mashed potatoes, rice, stuffing, and in deliciously moist and juicy sandwiches!

This is also perfect for big potluck holiday dinners, because it won't dry out. The leftovers also freeze well - simply toss back in a slow cooker and let cook until piping hot!

Sign up to receive an email in your inbox for each new recipe: 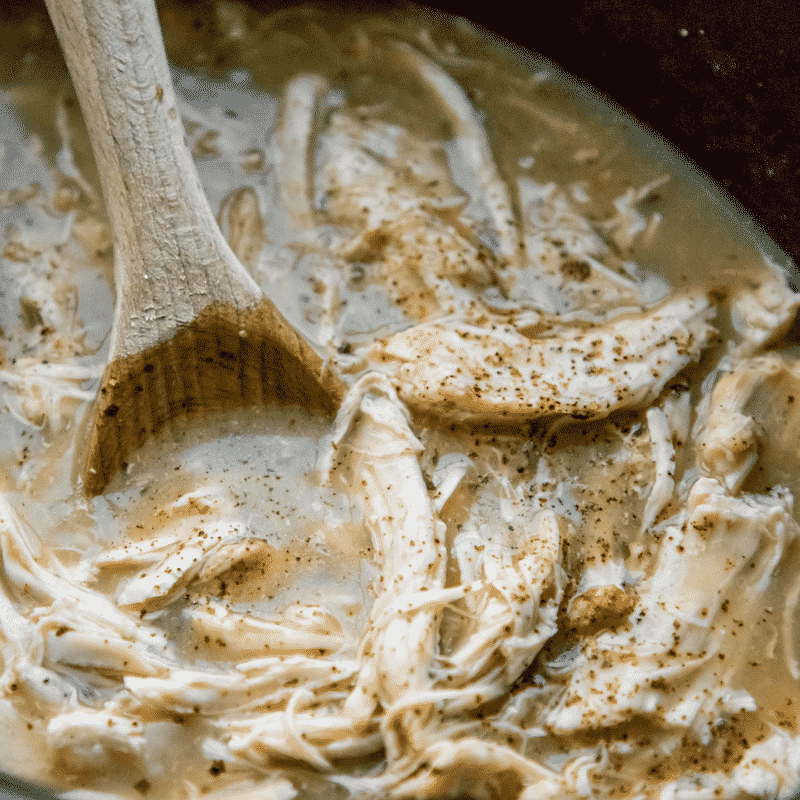